Darkhorse’s Hellboy In Hell #1 Sells Out!!!

Darkhorse’s Hellboy In Hell #1 Sells Out!!!

Retailers around the country are sold out of the critically acclaimed first issue of Hellboy in Hell.

In response, Dark Horse is reprinting the acclaimed first issue. The reprint is available for reorder now, with an on-sale date of January 30, just 1 week before Hellboy in Hell #3 goes on sale.

After saving the world in The Storm and The Fury, but sacrificing himself and Great Britain, Hellboy is dead, cast into Hell, where he finds many familiar faces, and a throne that awaits him. After several years away, Mike Mignola returns to write and draw Hellboy’s ongoing story. It’s a tale only Mignola could tell, as more of Hellboy’s secrets are at last revealed, in the most bizarre depiction of Hell you’ve ever seen. 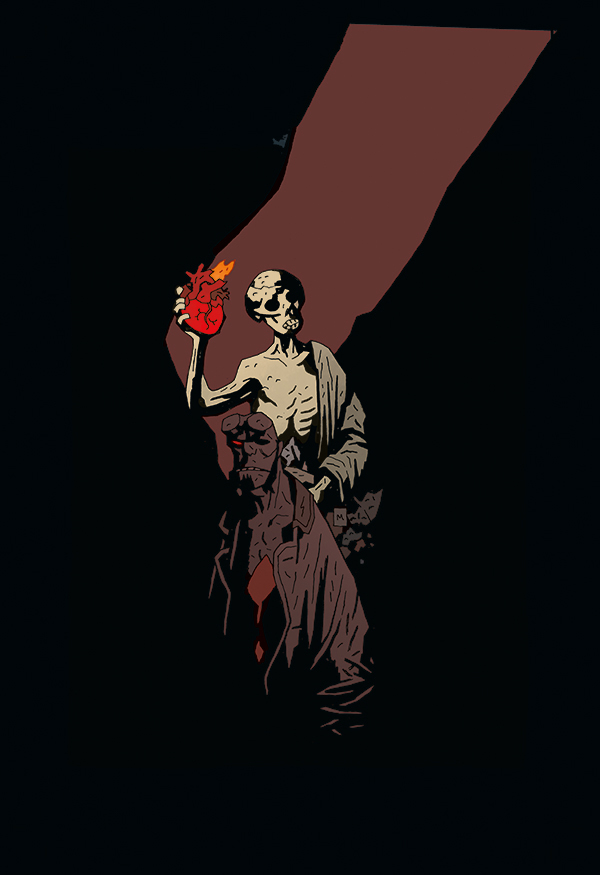 Praise for Hellboy in Hell:

“Hellboy in Hell #1 is indescribably good. No amount of hyperbole can do the book justice. Mike Mignola is back, and better than ever.” – Newsarama

“Like H.P. Lovecraft, like Robert E. Howard, like William Hope Hodgson, Mike Mignola has a unique voice and vision that many will attempt to imitate and all will fail.” – Comics Bulletin

“Unlike the homogenized pin-up art that saturates many high-profile comic books, this is a mainstream title with a truly unique vision that you won’t find anywhere else.” – Complex

“There’s no denying this simple fact: it’s great to have Mignola back at the drawing table again.” – Comic Book Resources

“The creator has lost none of his touch, delivering page after page with cinematic action sequences, haunting imagery, and inventive layouts that all contribute to the sense that Hellboy is on the cusp of something huge. The thought that we’re going to regularly see Mignola in the artist’s chair is even better.” – IGN

Retailers: Order codes can be found below and are also featured in today’s edition of Diamond Daily.