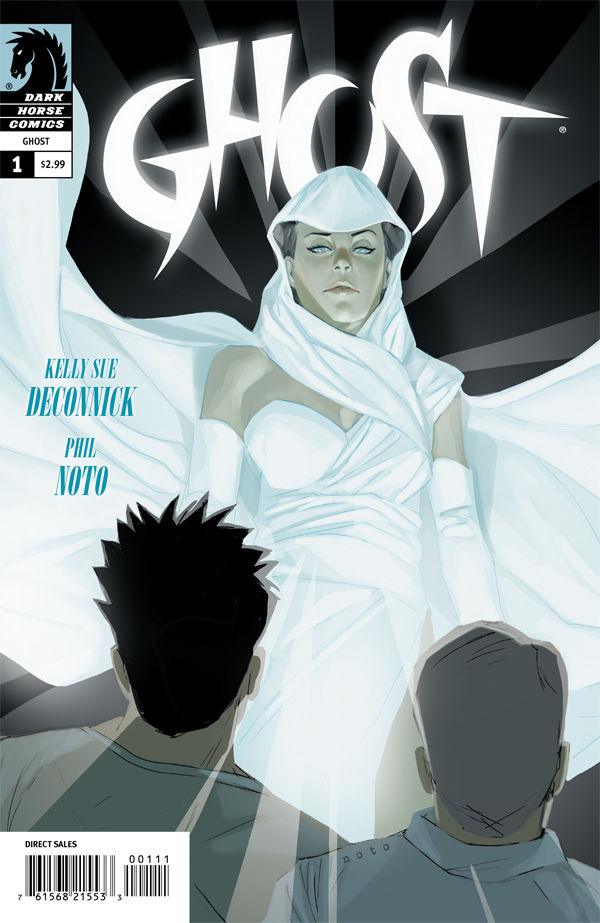 This issue is told by a woman, a mysterious woman who doesn’t know who she is or why she is here. She does know one thing though, how she came to be here. Two men (isn’t that always the case?) Tommy and Vaughn, stars of the T.V. Show Phantom Finders used a black market contraption to pull this woman into our world. Feeling lost and angry she wants to know who she is. She randomly goes into “ battle mode” and can not control it. She can not take it anymore and demands that Vaughn and Tommy track down the guy they bought the device from, Alexander Smalls, and off they off they go to find answers. Aside from the larger story line is a story that focuses a little bit on Vaughn’s ex, Caroline, who is now in a different relationship but still feels attached to Vaughn, even if it is in just a pity kind of way. I have a feeling Caroline and her new relationship are going to play an important role in the rest of this story, as her boyfriend may not be exactly as he seems!

Ghost is a fascinating story and a really great idea. I love the strong women characters and whether they are good or bad it is refreshing to see powerful women portrayed in this medium. I love some of the questions that the comic raises and it is a really great, enjoyable read. I love the narrative and how it really conveys a sense of sorrow, anger and determination. Phil Noto’s art is as always fantastic and as an added bonus Alex Ross drew the variant cover of this issue. One issue in and this is already a great story and a definite must read!