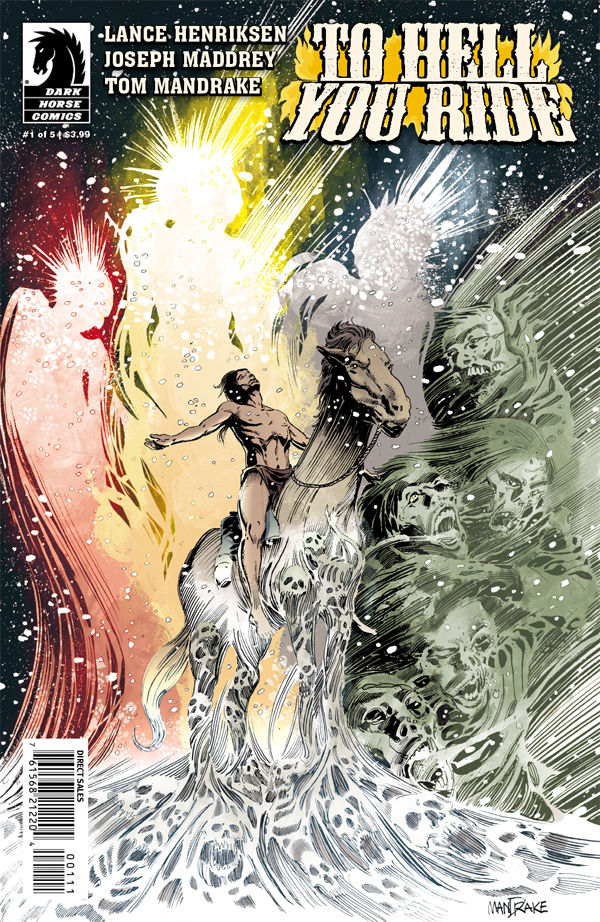 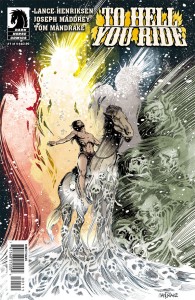 To Hell You Ride begins in 1880 and explains some Native American lore. When the land becomes desecrated by white men the Native Americans partake in a ritual. The ritual however, gets interrupted by these white men and it ultimately turns into a curse. Cut to present day, Seven George (a.k.a. Two-Dogs) is an Indian with some severe issues living in a world with no more traditions and balance. He’s a joke to the townsfolk and he is such a mess that all seems lost. All of this changes though when there are signs from his ancestors that he can not ignore and soon his life will change forever.

To Hell You Ride is a very interesting and sad story. The lore part of the comic is told very well and has a very different feeling than most other comics. The main character, George is very heartbreaking and tragic on many levels. The writing as a whole is great, it really projects feelings of despair very well. The art is very nice too, like the writing it conveys the emotions wonderfully. This comic doesn’t really tackle the subject matter I’m used to but it’s nice to read something different especially when it is so packed with emotion.