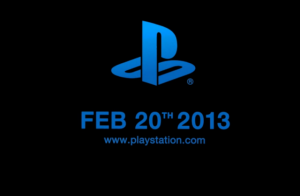 On Feb 20, is going to be a big day for Sony PlayStation and the gaming community as a hole, New York City will be the site for PlayStation highly anticipated event to discuss the future plans of PlayStation, but let’s be honest everyone is waiting to see if Nex-gen console Orbis aka PlayStation 4 is going to be presented, We all knew sooner or later nex-gen consoles where going to come in the near future we just didn’t know when. But when Nintendo debut a playable Wii U at E3 2011 show floor the gaming community realized that the Nex-Gen is here and from then on we all new that Sony and Microsoft where working on new consoles and it was just a matter of time before they gave us the scope.

Last year’s E3 was a clear indication that a new PlayStation and Xbox was in the works, with games like Watch Dogs and Stars Wars 1313 which were obviously made for the Nex-Gen consoles display some beautiful high end graphics and then top it off with Square Enix’s Next-Gen Engine tech demo, you officially ushered the new ear of gaming. While there was plenty of other things shown at or after E3 which gave us a glimpse of future gaming, those were the most talked about.

A few months have passed now and more details have been announced or leaked about PlayStation 4, all which lead to tomorrow’s big event. Although I wish could attend I will tune in to IGN who plans to livestream the event.

Down Below are the times of which IGN will Live stream, if you want more about the event click on IGN.com to see articles and videos of tomorrows show.

At 2 p.m. Pacific (5 p.m. Eastern, 10 p.m. UK), we’re starting the show. IGN Game Scoop’s Daemon Hatfield and IGN PlayStation’s Greg Miller (That’s me!) will kick off the IGN Live stream. For one hour, we’ll talk about what’s coming, take Twitter questions, talk to our troops in NYC (the Pride of Long Island Colin Moriarty, the Tech Tower Scott Lowe, and the Madwoman Keza MacDonald), and use the Internet to have fans like you on the show.

At 3 p.m. Pacific (6 p.m. Eastern, 11 p.m. UK), the PlayStation event begins. We don’t know how long it’ll go, but we’ll continue live streaming during it. We’ll be quiet so that you can enjoy the show, but Daemon and myself will be offering commentary in some way now and again.

When the PlayStation Conference ends, it’ll be madness. For another hour, IGN will Livestream the aftermath. We’ll dissect the news, we’ll have our team at the event call in with impressions, and we’ll talk to fans like you. If there are trailers, we’ll do Rewind Theaters. The biggest stories will become PlayStation Conversations. When the dust settles, we’ll record Podcast Beyond.

What: The PlayStation Event