Review – Hellboy – Hellboy in Hell #3 -” A Fight For The Thorne, Winner Takes All” 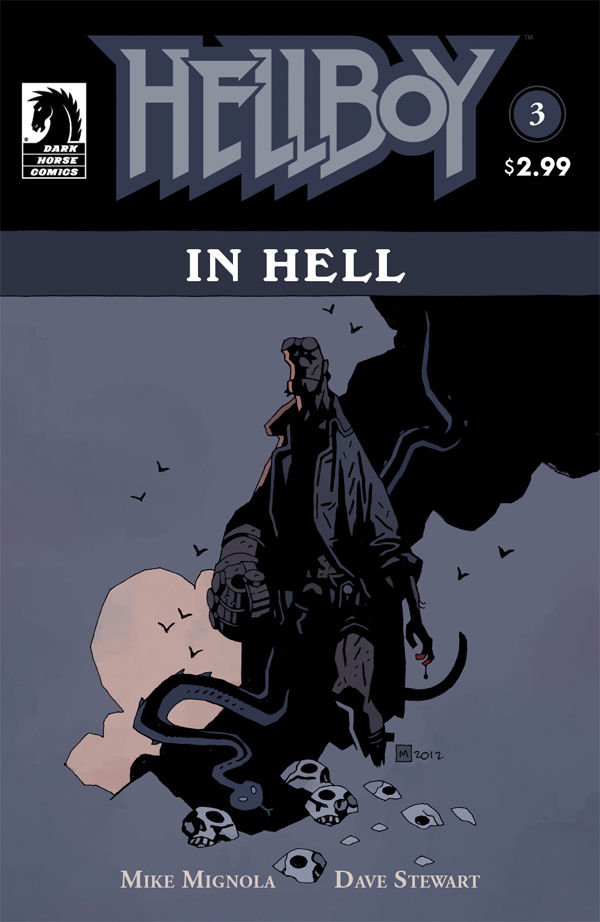 Review – Hellboy – Hellboy in Hell #3 -” A Fight For The Thorne, Winner Takes All”

Since arriving Pandemonium Hellboy has been shown a lot of his family’s legacy, guided by his uncle who explains the responsibility his father had in Pandemonium and the of sacrifices he made in order to keep Hellboy alive and out of the hands of those who wanted the throne.

In the beginning of the issue it is explain to Hellboy that his birth was going to change Pandemonium, just minutes after he was born has father called upon a great power to replace his right hand with The Right Hand Of Doom.  Being afraid of what could happen should hellboy live the other princes of Pandemonium sent angels of Destruction to Wipeout him and his family,  the plan failed due to Hellboy  accidently being sent to earth.

Moments later he is taken to the tomb of his father Azzeal who appears to be trapped in a Iceberg, this is when it gets interesting , Hellboys two older brothers appear and they tell him that how they were waiting for his arrival for some time now they comment on how being with humans has made him soft and he no longer should have the right hand of doom, A fight breaks out between them  with both brothers trying to take his arm, meanwhile his father  who is alive inside the iceberg tomb is watching his sons battle it out,  we find out that Hellboy is his favorite son the one he put all his trust in.

As the battle continues more is reveal about his arm and what power it possesses , his uncle tells them that with the arm and sword of his father , the winner would have control of their fathers army, a army powerful enough to bring down hell or heaven., he also says that the winner will also need someone wise to guide them. The fight takes a shocking turn when there uncle interrupts and takes out one of the brothers, but seconds after he along with the last of hellboys brothers are swallowed by a huge worm like creature called Leviathan came from underneath them.

Finally in the end of the issue Hellboy meets another form his past and is given news that may change the future of not only pandemonium but of his as well.

Finial thoughts: Hellboy In Hell #3 is a really good issue it reveals alot of his past something I was always curious about, What really stands out to me is how well written this arc is, nothing seems rushed you can tell Mike Mignola is taking his time in each issue every panel is well layout and easy to understand the dialog between characters is easy to follow you know who is saying what, the art on the other hand is sometimes inconsistent some characters look familiar to one another at times but it’s not a big deal  its just noticeable, overall this a good issue and one worth picking up!