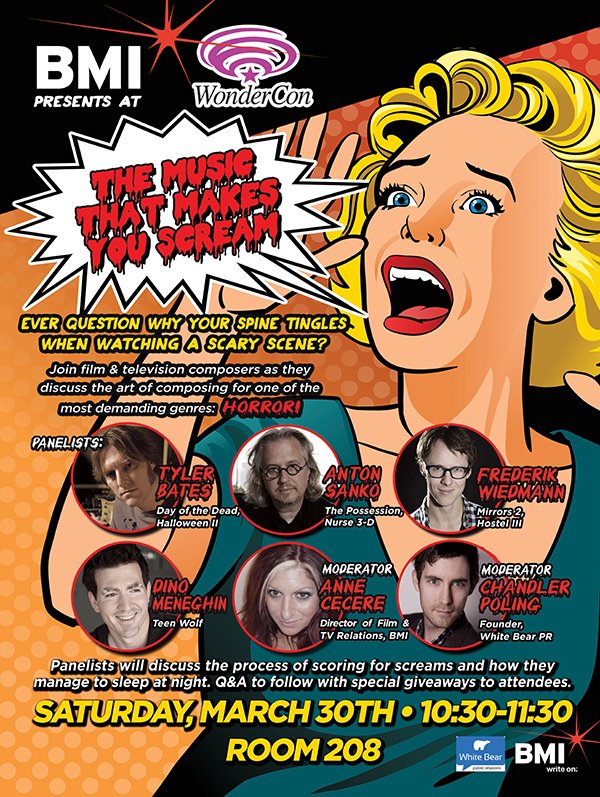 Broadcast Music, Inc. (BMI), the leading global music rights organization, along with White Bear PR will return to Wondercon to present an elaborate panel discussion on the art of composing for one of the most demanding genres – Horror! BMI Director, Film/TV Relations Anne Cecere and White Bear PR Founder Chandler Poling will moderate this spine tingling panel. The panel discussion will be followed by a Q&A session. There will also be giveaways distributed following the panel.

The highest-rated series and specials on television feature the scores of BMI composers, crafting the theme and/or background music for nearly three-quarters of all prime-time network programs. BMI’s composers such as the legendary John Williams also contribute to billions of dollars in box office receipts with film scores in many of the year’s top films. Promoting the role of music in film, BMI partners with the Sundance Film Festival and other industry workshops to enhance the role of music in film and television.