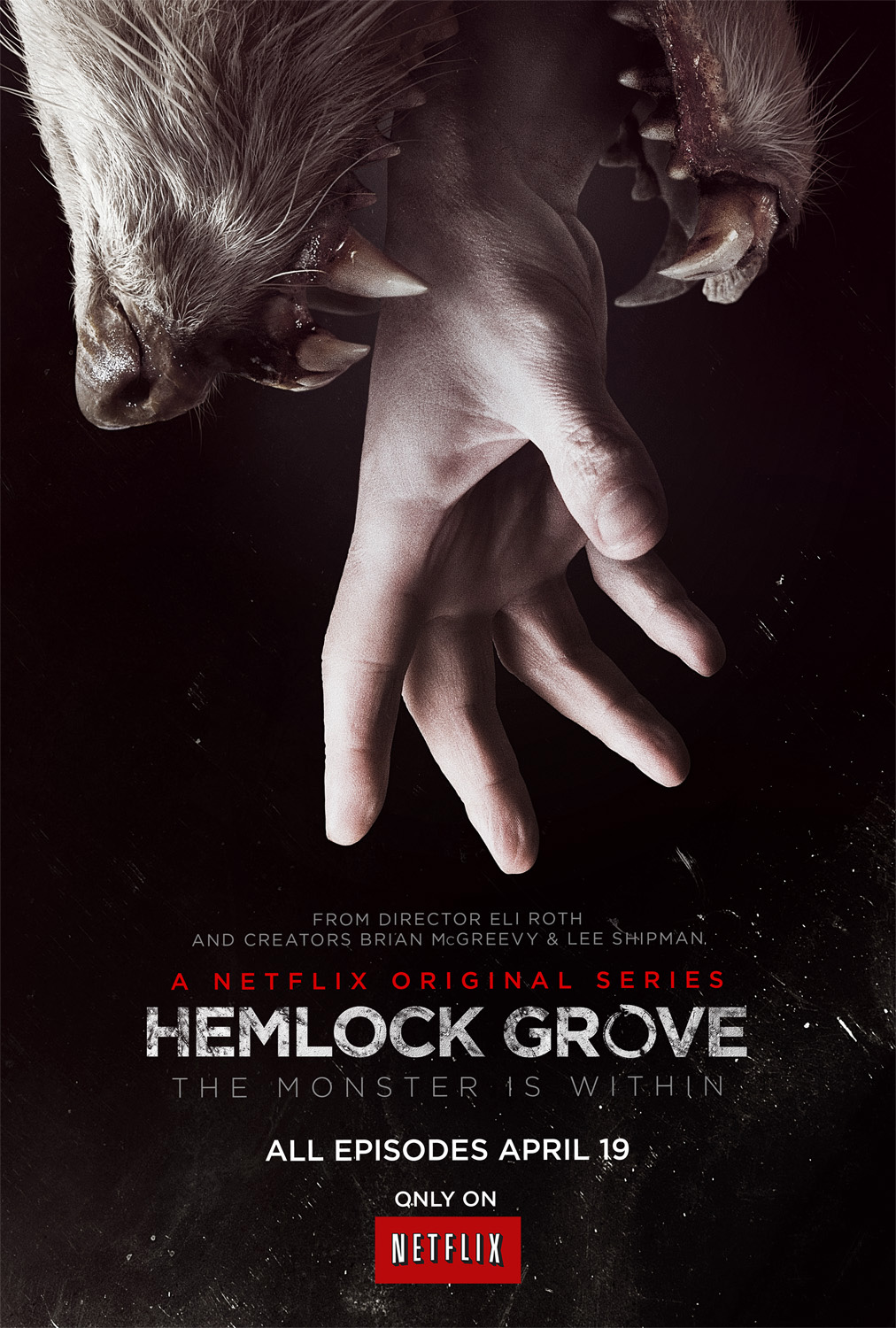 SYPNOPSIS:  From executive producer Eli Roth and based on Brian McGreevy’s novel of the same name, Hemlock Grove is a riveting one-hour murder mystery that revolves around the residents of a former Pennsylvania steel town. When 17-year-old Brooke Bluebell is brutally murdered, any of Hemlock’s peculiar inhabitants – or killer creatures – could be suspects. Through the investigation, the town’s seamier side is exposed, revealing nothing is what it seems. Beautiful, terrifying and graphic, Hemlock Grove is unlike anything else in its genre.

WHAT:  On-camera and Roundtable interviews at Wondercon on behalf of HEMLOCK GROVE