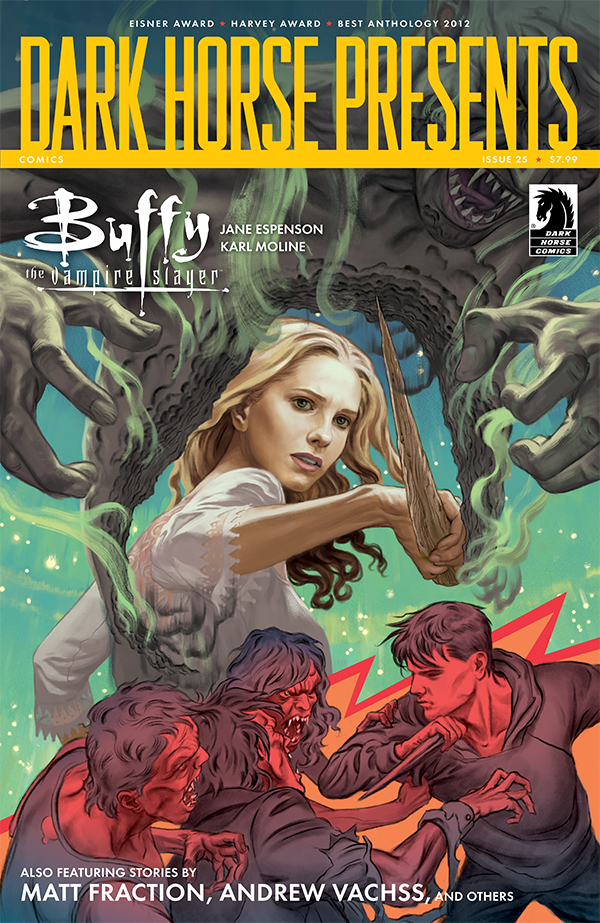 It’s no secret that Dark Horse Presents continues to be comics’ greatest anthology, boasting eighty pages with no ads and new stories every month. Heading into its third year of publication, the Eisner and Harvey Award–winning anthology is bringing in the big guns with the landmark twenty-fifth issue!

“Dark Horse Presents is a reflection of everything that has made Dark Horse Comics so successful over its history . . . great creators, amazing stories, and a showcase for exciting new talent,” says Dark Horse President Mike Richardson.

After training with Buffy, Billy the vampire slayer heads back to his hometown to deal with the zompire epidemic! Delve into a time-travel story from Eisner Award–winning writer Matt Fraction! Publisher Mike Richardson adapts Andrew Vachss’s vision of violence in the big city in Underground!

“Dark Horse’s prestigious anthology series . . . showcases emerging talent alongside some of the greatest writers, artists and cartoonists comics has to offer, as well as promising new and underground talents.”—ComicsAlliance