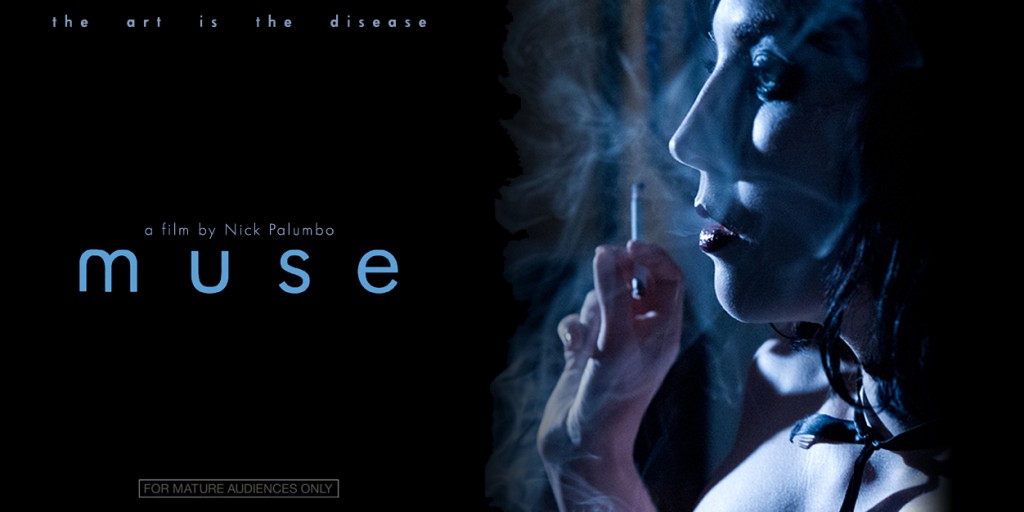 “I’m very excited to return to set with my follow up to “MURDER-SET-PIECES,” said Palumbo. “MUSE” is something very different from me. The subject is extremely relevant. The film is a character study of a sociopathic young woman, and how loneliness and isolation pushes her further into the abyss. I believe it’s a feeling many actors have experienced and will surely relate to. “With our incredibly talented production team, we are confident we’ll give thriller/horror fans something to talk about as we offer an unflinching look at the dark side of the entertainment industry.”

“Nick is one of the very few American filmmakers that isn’t afraid to lay it all on the line and make a confrontational film,” said Bressack. “His dark and visceral vision style is unparalleled within the genre.”

MUSE is a brutally honest and chilling story of a young actress (Mion), descending into homicidal madness. Both shocking and controversial, the film is told from her point of view, as we follow her dark odyssey through modern day Los Angeles.