Warner Bros Interactive Entertainment Launches INJUSTICE: GODS AMONG US For Xbox 360,Ps3 and Wii U systems.

Warner Bros Interactive Entertainment Launches INJUSTICE: GODS AMONG US For Xbox 360,Ps3 and Wii U systems.

Developed by award-winning NetherRealm Studios, Injustice: Gods Among Us introduces a new franchise in the fighting game genre and a brand new story created in collaboration between NetherRealm Studios, DC Entertainment and comic book writers Justin Gray and Jimmy Palmiotti.  As the story unfolds, players will experience the power, gadgetry and unparalleled strength of some the most popular DC Comics heroes and villains, such as Batman, Superman, The Flash, Wonder Woman, Green Arrow, Aquaman, The Joker and others, as they engage in epic battles in a world where the line between good and evil is blurred.

Injustice: Gods Among Us features numerous locales pulled from DC Comics lore including Arkham Asylum, Metropolis, Atlantis, and more.  The arenas are multi-tiered, destructible, interactive playgrounds in which players can unleash each character’s unique super powers, individual move-sets and environmental interactions to beat their opponents.  Fans can also extend their experience by playing the S.T.A.R. Labs missions, which offer players a wealth of additional content and unique gameplay that are outside of the game’s story mode experience.

Bringing these characters to life is a cast of actors, including Stephen Amell, star of the CW Network’s hit action show, Arrow, who reprises his role as the Green Arrow in the game as an unlockable “Arrow” version of the character, which players can choose to use in-game.  Also featured are Kevin Conroy, as Batman; Tara Strong, as Harley Quinn and Raven; Neal McDonough as The Flash; George Newbern as Superman; Adam Baldwin as Green Lantern; and Alan Tudyk as Green Arrow (regular version).

Fans looking for the ultimate package can purchase the Injustice: Gods Among Us Battle Edition for Xbox 360 and PS3, which includes the game disc and Injustice: Gods Among Us Fight Stick, featuring official artwork from the game and three exclusive skins based on Batman, Superman and Wonder Woman from DC COMICS – THE NEW 52.  The Battle Edition is available exclusively at Gamestop for $149.99.

Players looking to extend their gameplay experience can buy the Injustice: Gods Among Us Season Pass now for Xbox 360 and PS3™ and receive four upcoming downloadable characters for the price of three, as well as a bonus Flashpoint Skin Pack featuring alternate costumes for Wonder Woman, Aquaman and Deathstroke.  The Season Pass is available on the Xbox LIVE® Game Store for 1200 Microsoft Points and on PlayStation®Network for $14.99. 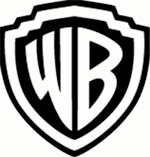