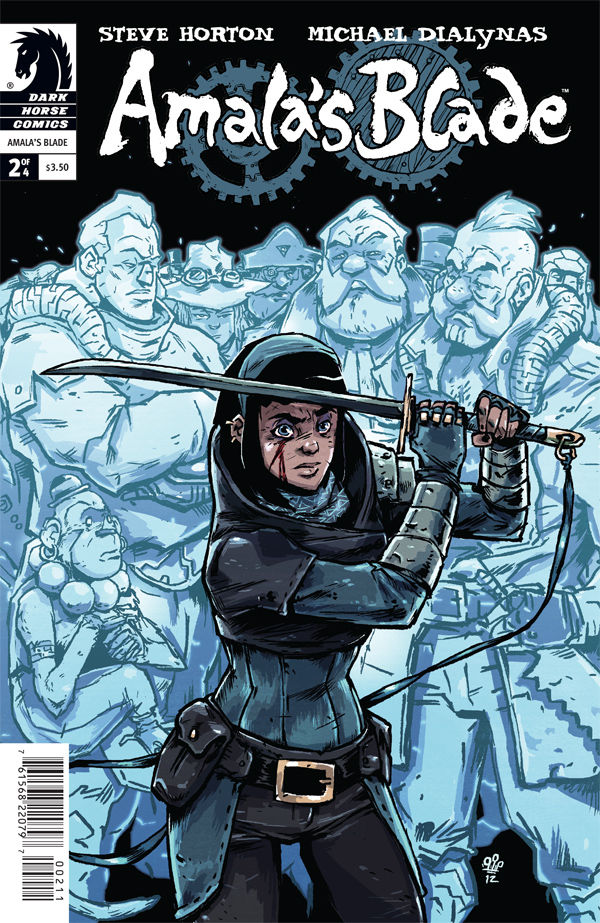 Under attack by two robot like assassins Amala struggles to defend herself as the assassins seem to have the upper hand, but with some slick moves she over comes the disadvantage and destroys the would be assassins. With the two robots gone she continues on her mission but falls unconsous ill because of an eye injury she had suffered during her fight with the assassins.  As Amala lays unconscious on the ground, in dreamlike state she is greed by all the ghost she’s spoken and seen throughout her life time, the ghost tell that they can help take the poison form her body along with help her even when she’s not aware of it.

At that moment Amala is shock to not only see that she’s okay but she has taken out mass group of bandits, after reaching her destination she pulls out a disguise to make it in the City, Meanwhile on Smittys farm the police come with heavy firepower looking for Amala who they assume is still there.

Now Inside the city Amala who’s dressed like an old lady checks into an hotel room and pays the front desk men extra gold to make sure she doesn’t be disturbed during her stay. In Avatouon the Modifier Capital city a unknown man is talking to what seems like his Queen, about the peace between the Modifiers and the Purifiers is starting get shakey and that there bond is the only thing keeping the country together. The issue ends with Amala who’s  jumping form roof top to roof  until she reaches a tower that looks like the place her final target is residing in.

Amala’s Blade #2 is another fast paced issue, not much going on as far as story is concern but it does introduces some new characters who look like they’re going to play a big roll in the next issue but besides that not much is going on in this issue there was no character or story development what so ever in this issue hopefully the writer Steve Horton opens it up alittle bit more in t next Amala’s Blade #3.

Artist Michael Dialynas cntinues to be consistent in both  #1 and #2 so far and that’s good sign simple cause if a issue like this one is missing something its good to have great illustrations to keep the eyes entertain.