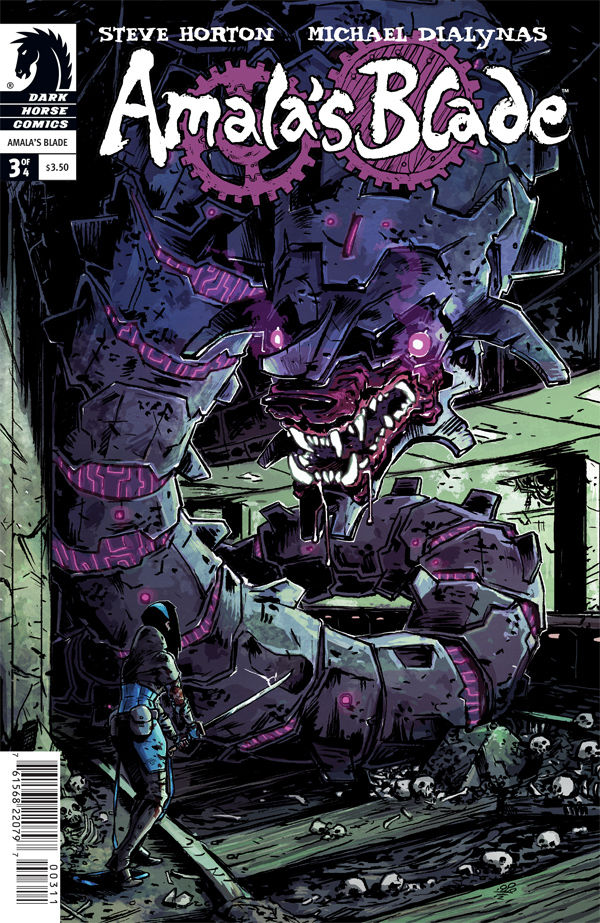 Last Issue Amalagain access to the city of Ouon, and made her way to the Ouon Royal Tower, to assassinate the Lady Strawbale for her final mission. But to her surprised Lady Strawbale was no other then Amala’s mother, who though she had died when nations where at war. Amala explains to her mother that she had taken refuge with the Sword Orphans. All seems well until the moment Lady Strawbale asks her daughter why she has come to Ouon Royal Tower and murdered all of her guards.

The coldhearted Amala tells her mother that she was there to kill her since the Vizer doesn’t think she’ll go through with it,Amala then pulls out a knive and tries to take her mother’s life, but that’s interrupted by one prince Markos men, who take both her and mother away to Avatounon Royal Tower. In Avatounon we see Prince Markos who confronts Amala about the misson she was about to complete. He then informs her that had she succeed in killing her mother she would have started another war, Markos also tells her that she was key to bringing the Modifiers and Purifiers together but now that seems unlikely, at that moment Lady Strawbale begs prince Markos to spare her life.

After trying to free herself Amala is thrown into a underground jail where she is greeted by a giant worm like creature, with her life in danger Amala jumps into action and displays some impressive moves in effort to get away from the creature, Amala almost dies when she misses a flip and almost falls into the creatures mouth.. She is then saved by her ghostly friends who help her tame the creature so she can use it to get out of the city.

Final Thoughts: This issue has some interesting moments, the first has to be the moment when Amala is about to kill her mother. Steve Horton displays a more colder side of Amala, along with a strong belief in finishing her duties as a assassin. She doesn’t feel any kind of remorse after trying to kill her mother and failing. The second moment has to be the interaction of Lady Strawbale and Prince Markos, you get the sense that Markos has feelings for her and is willing to do anything for her if she asks him to.

This issue is really solid all the way around, form the writing to the artwork it’s a great issue.