The Secular Humanist Occult Obliteration Taskforce uses the power of their own disbelief (as filtered through sci-fi weaponry) to protect humanity from supernatural creatures that seek to do us harm…but for S.H.O.O.T., that means demons, angels and everything in between. Original, irreverent and sure-to-be controversial – S.H.O.O.T. First promises sci-fi action in the Dark Horse tradition, with a bold new twist. 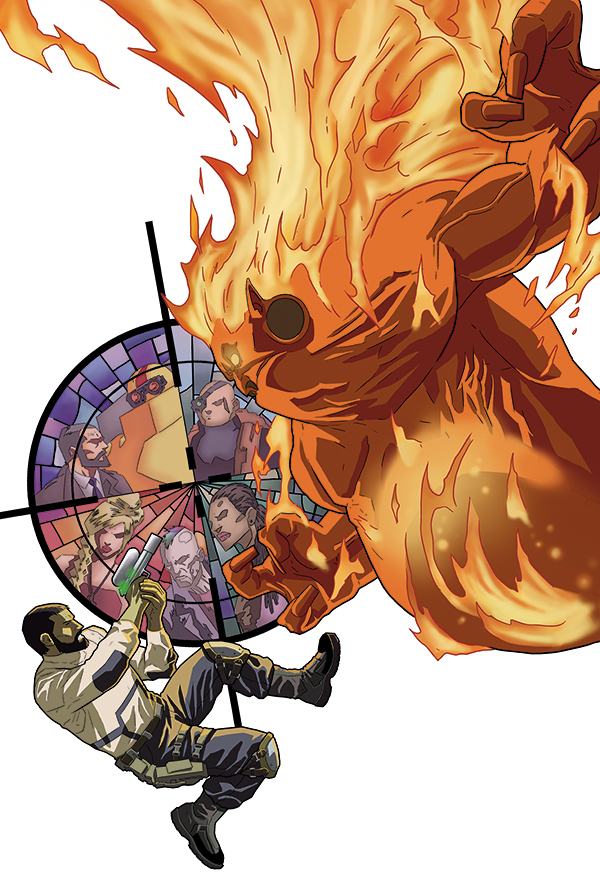 “S.H.O.O.T. First is the most personal story and the most epic story I’ve ever written. It’s about how we deal with the loss of faith, plus it’s got crazy sci-fi action and a robot arm-wrestling a demon,” says writer Justin Aclin.

“If you are into angels and demons, weird looking creatures or just big guns, S.H.O.O.T First will totally blow your heads off,” adds artist Nicolas Selma.

“I’m so excited by the tremendous work that Nicolas Selma is doing on these issues, and I couldn’t be more proud to be publishing my first creator-owned miniseries through Dark Horse Comics, which has been where comics’ finest creators bring their greatest creations for decades,” adds Aclin.

“It was incredible for me to cooperate with Justin on this great project,” says Selma. “My childhood dreams are coming true!”

Be sure to check out the exclusive first look of S.H.O.O.T. First and interview with Justin Aclin on The New York Post’s Parallel Worlds.