The screening – on Thursday July 18, 2013, at 5:20pm – will take place at Marriott Hall 2, Marriott Marquis & Marina, which is next door to the San Diego Convention Center. Immediately following, there will be a discussion about the film with producers, Austin Osueke and Jongmin Shin. 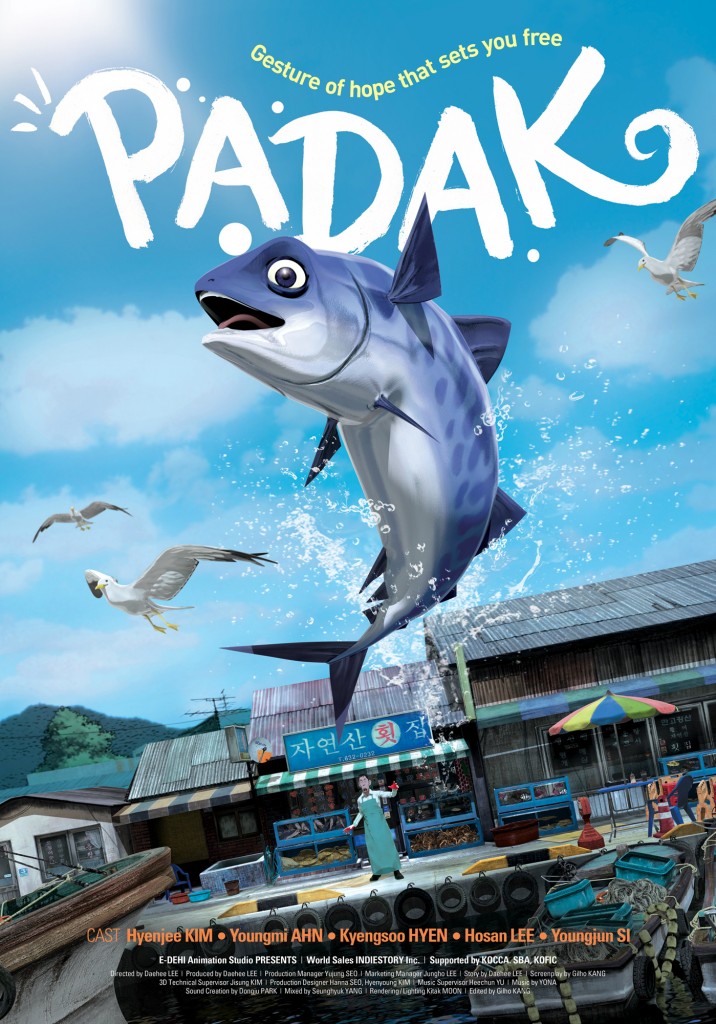 ‘Padak’ is a 78 minute animated film from director and writer Lee Dae Hee, and the first from his new venture, E-Dehi Animation. The film about the lives of fish in captivity in a seafood restaurant. Some fish accept their fate while others fight to change it. More information about ‘Padak’ is available on http://www.eigoMANGA.com/padak

In addition to screening ‘Padak’, eigoMANGA will also have a presence at Comic-Con International: San Diego 2013. eigoMANGA will be exhibiting at booth #5532.

‘Showcasing the Best in Korean Comics, Animation, and Its Influence in Today’s Hottest Comics’

A team of Korea’s prolific artists and animation studios represented by Jongmin Shin (Padak, Breakups, Demian) showcases the latest and greatest trends in Korean comics and animation. They will also showcase their recent and upcoming productions on some of today’s hottest comics. Join Jongmin and crew for this Q&A session moderated by Austin Osueke (Publisher of eigoMANGA).

‘How To Draw Manga For Kids’

eigoMANGA’s team of manga artists and animators will teach kids of all ages tutorials on manga illustrations and storytelling. Join our workshop with seasoned manga artist Mino Miyabi (The Voice Of Innocence, 5D) and Austin Osueke (eigoMANGA’s publisher of Rumble Pak, Sakura Pakk, and Alpha League).

Editors from eigoMANGA will be critique and solicit new work from artists at the Portfolio Review during Thursday through Sunday, July, 18 – July 21 from 2:30pm to 4:00pm.

Japanese Manga And Korean Manwha Art Sketches – Thursday through Sunday, July, 18 – July 21 at 10:00am – 12:00pm
Comic-Con attendees can get an original manga or manwha illustration created by some of Japan and Korea’s emerging artists and animators.