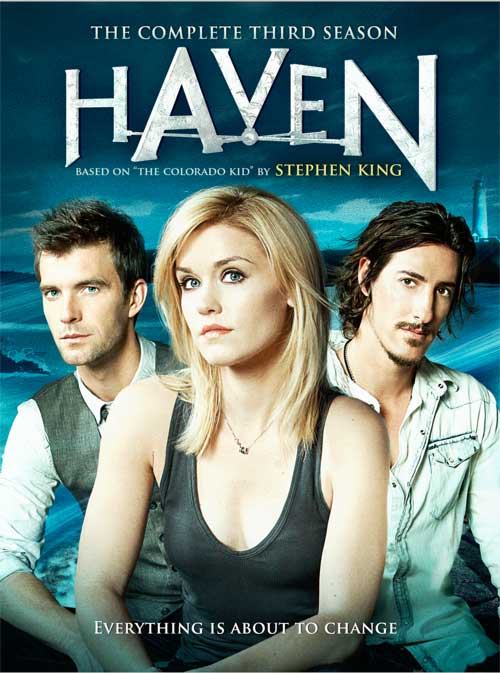 Everything is about to change in the third season installment of HAVEN, the hit Syfy series from the creative team behind “The Dead Zone” and “Tru Calling” that Entertainment Weekly called “a must see show!”  Hailed by critics and fans alike (in its third season, HAVEN was the #1 original scripted cable show among adults in its Friday 10 p.m. timeslot), HAVEN: THE COMPLETE THIRD SEASON arrives on DVD and Blu-ray September 3 – in anticipation of the series’ Season 4 premiere on Syfy September 13.

Based on Stephen King’s “The Colorado Kid,” HAVEN follows FBI agent Audrey Parker (Rose), who has taken up residence in the small town of Haven, Maine, a longtime refuge for people with an eclectic range of supernatural abilities.  Now a detective in the Haven police department, Audrey finds herself inexplicably linked to the mysteries of this extraordinary seaside village.  Season three of Haven picks up immediately following the events of the gripping season two finale with Audrey (Emily Rose) having been brutally kidnapped; Nathan (Lucas Bryant) warned against pursuing a romantic relationship with Audrey; and Duke (Eric Balfour) seemingly engaged in a fight to the death with Nathan after he discovers his family lineage is to kill Haven citizens with troubles.  Episodes include “301”, “Stay,” “The Farmer”, “Over My Head”, “Double Jeopardy”, and the season three cliffhanger finale, “Thanks for the Memories”. 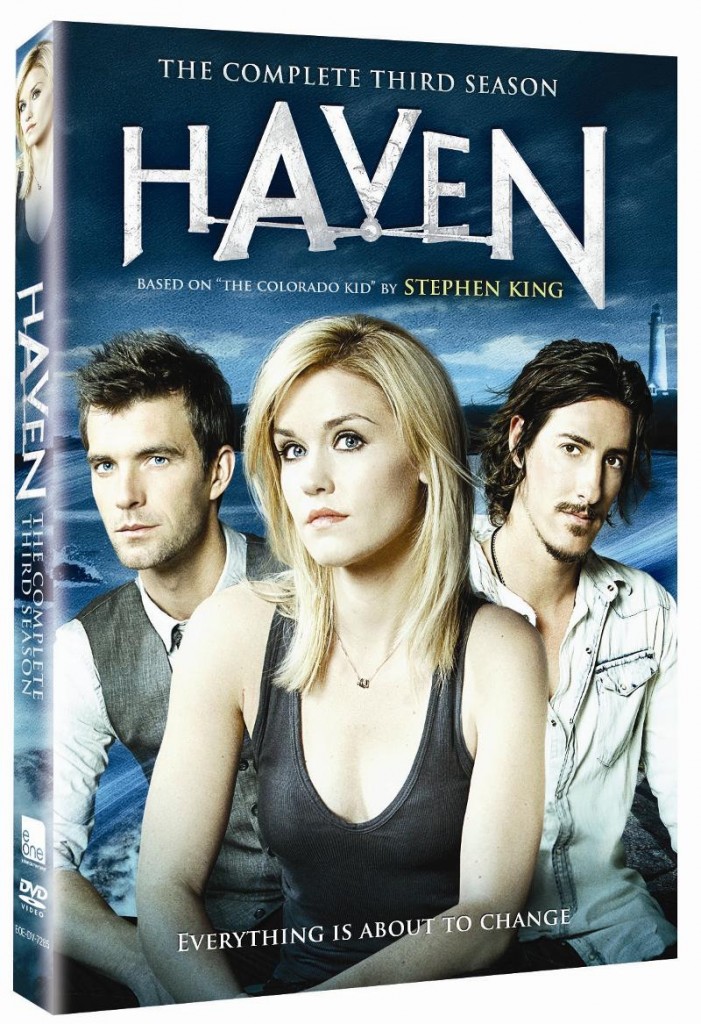 For the latest breaking news on HAVEN: THE COMPLETE THIRD SEASON and other releases, follow Entertainment One on Twitter: http://twitter.com/eOneHomeVideo