After an amazing show of demand for Vivek J. Tiwary’s breakout graphic novel, The Fifth Beatle sailed to number five on the New York Times bestseller list in its first week on sale!

Yet more than merely the story of “The Man Who Made The Beatles,” The Fifth Beatle is an uplifting, tragic, and ultimately inspirational human story about the struggle to overcome seemingly insurmountable odds. Brian Epstein was homosexual when it was a felony to be so in the United Kingdom, Jewish during a period of pervasive anti-Semitism, and from Liverpool when it was considered just a dingy port town. He helped spread the Beatles’ message of love to the entire world, yet died painfully lonely at the young age of thirty-two, consumed by staggering ambition and the endless struggles that came with it. 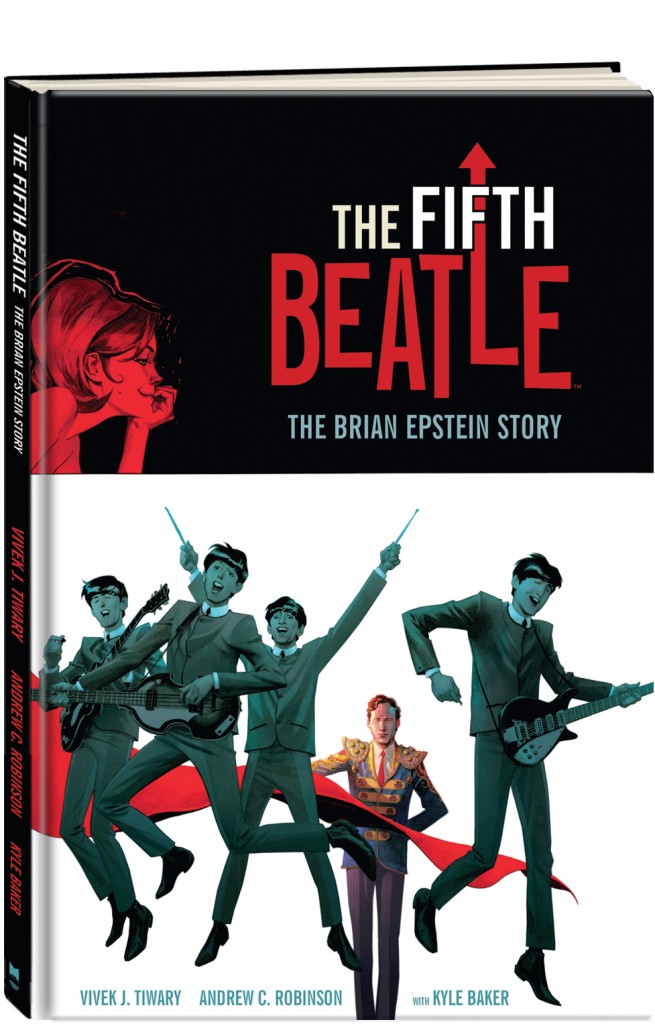 “It’s captivating, brilliant, funny, and tragic, and it artistically captures every mood and locale associated with this era of Beatlemania. It’s a must-have for Beatles fans and fans of great storytelling.” – Comic Book Resources

“Emotionally powerful and visually breathtaking, The Fifth Beatle: The Brian Epstein Story is one of the best graphic novels you’re going to read this year.” – Newsarama

Both heartbreaking and uplifting, The Fifth Beatle not only reveals an important, unsung chapter in the history of the Beatles—but it will inspire anyone who’s ever dared to believe in a dream. For more information and to view the trailer for the graphic novel, visit FifthBeatle.com.

The Fifth Beatle is available in bookstores everywhere.

Tiwary is represented by David Alpert and Lawrence Mattis at Circle of Confusion.