Review -The Walking Dead: All That Remains I PC

Review -The Walking Dead: All That Remains I PC

Since its release The Walking dead series has been nothing but an emotional train wreck waiting to happened, and in Telltale first game we followed the story of Clementine and Lee as they tried to survive, and we all fell in love with Clementine as she endured the harsh world they now live in. We became emotionally attach to her and want to see her pull through despite having nothing to hold on too. In season 2 Clementine is a bit older and much more aware of how the world is and how fragile life can be. Writers Nick Breckon and Andrew Grant do an exceptional job with Clementine’s growth from season 1, we see early on that Clementine is not the scared little girl anymore; in fact we see more of her toughness and ability to endure throughout the game, But for most part Clementine is an outsider and is treated as such.

The main focus in “All That Remains” is the new group of survivors Clementine comes across, A cautious and protective group who at first nothing to do with her, but as you play along they slow open up to her. There are plenty of encounters in the game with choices and conversations that will surely play out in the future, so make sure you play close attention to every conversation you have with certain characters. Like I said before Clementine is an outsider so many of the groups members aren’t shy about showing there disapproval of her being around, At one point a wound Clementine is told to sleep inside a shed without given any medical attention and players must sneak in sneak inside the house for medical supplies so she can patch it up; As for the characters in the group none of them really play a huge role on the story for the most part, or at least now they don’t.  But there some interesting conversations with characters like Pete his nephew Nick and Rebecca who seems to be hiding something. You can argue that the story moves a little too quickly which hampers us from getting to know more about the other characters, We do get some info about certain characters, one being Carlos and his strange daughter Sarah.

Gotta stitch it up!

Developers Telltale Games kept the controls pretty much the same as the last game; players do a lot of quick time/ Time Base events, also dialogue trees that gives you a limited time to choose. Combat isn’t a priority in these games, so if this is your first time playing this game be aware of what I just said, The Writing is what makes this game the success that it is, and with that said Telltale games nailed it again with this opening episode, this series of episodes are sure to be interesting  and more exciting than the last,This is a most get for fans of the franchise. 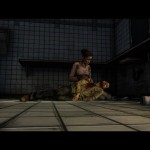 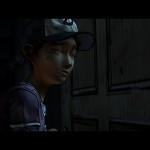 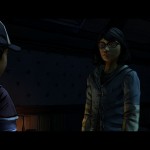 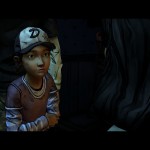 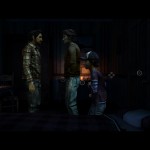 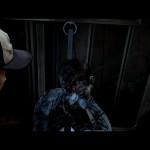 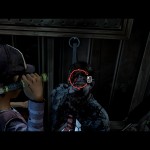 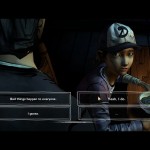 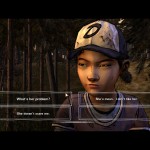 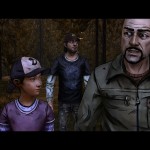