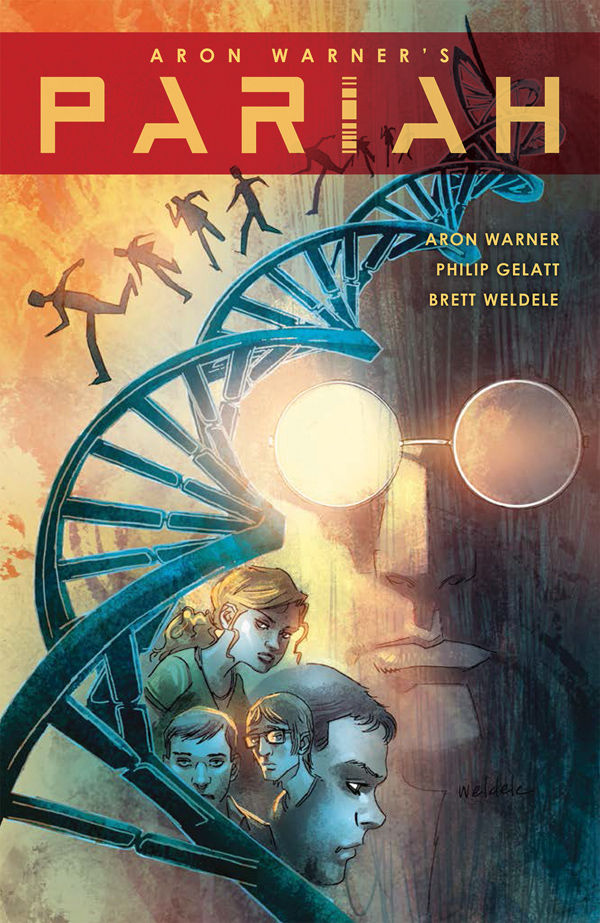 As announced at Comic-Con International 2013, Aron Warner, the Academy Award–winning producer of Shrek, is bringing his acclaimed webcomic Pariah to Dark Horse Comics!

Pariah is cowritten by Aron Warner and Philip Gelatt (Petrograd), with artwork by Eisner-nominated painter Brett Weldele (The Surrogates). Volume 1, which collects the webcomic, is available in bookstores everywhere today.

In Pariah, genetically engineered geniuses known as vitros are labeled a terrorist cell after an explosion at a military weapons lab. The vitros are rounded up and left on a decrepit satellite orbiting Earth. Now they must band together and use their supergenius abilities to get back to Earth safely.

“A group of hyper-intelligent teenagers called vitros suddenly find themselves hunted by a society that has marginalized them . . . I was hooked by the fifth page.”—Fanboy Comics

“It does have a lot of potential and ironically enough much of the story is about untapped potential of highly intelligent teens being ostracized for, well, being smarties.”—Comic Bastards

“A good read. The art is great, plain and simple.”—Eat Geek Play