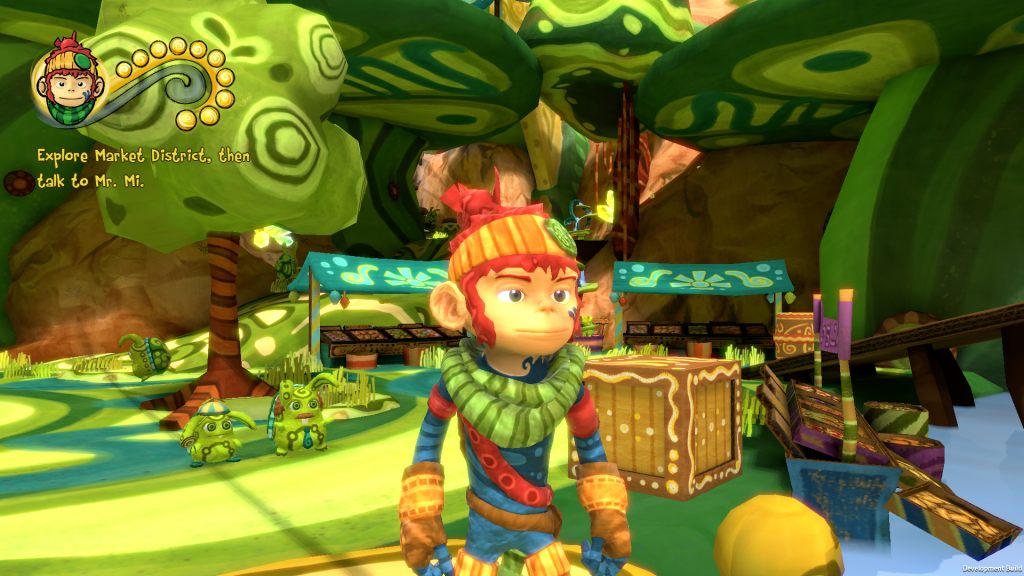 In a world where creativity has given way to conflict a young boy Koru save Tinkerworld from the all-devouring Bleakness. Use the power of those colors to aggravate (red), frighten (green) and grieve (blue) your enemies as you manipulate them to solve logical puzzles and overcome various obstacles.

Explore the beautifully handcrafted districts of Colortown with agile Koru in free-running fashion and meet various fantastical and charming creatures. Return the colors to Tinkerworld in this tale about the power and beauty of imagination.

The last Tinker: City of Colors is a 3D action platformer similar to games like Crash Bandicoot and Jak & Dexter, The environments are very vibrant and colorful and the levels are a decent size. As for the graphics the team went for the paper/cartoonish look for the game. The world of Tinkerwold is divided by 3 colors aggravate (red), frighten (green) and grieve (blue) and each level is also represented by a color, lizards, turtles, bears and few other familiar animals are also connected to those colors. Everything about The Last Tinker reminds me the past 3 generations ago when 3d plats was at its peak.

The one downfall I have for the level designs is the fact that there isn’t a wide verity of them, if it wasn’t for the built in guide system I would have been lost plenty of times. 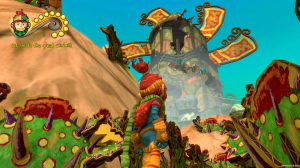 Like all casual 3D platform games the controls are straight forward and simple, you have your attack, evade, buttons. But unlike usually games before it The Last Tinker doesn’t have a jump button with will throw some players off. The Combat is punch chain base similar to that of a arcade beat’em up game as you play the evade button comes in handy when dealing with multiple enemies, sometimes it can be problematic as well, especially when the camera is involved, theirs times where I would evade and because the camera doesn’t rotate I find myself diving into more trouble which is frustrating at times. In all the combat controls work but leaves much to be desired.

The last Tinker its purist is a puzzle game, players will use a yellow mushroom character who can be manipulate and used to solve logical puzzles and overcome various obstacles all form a simple whistle. 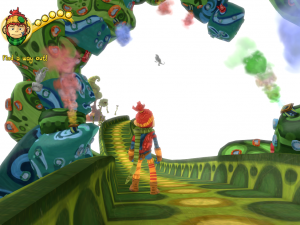 One aspect of the game I found fun would be the pipe grinding, some levels have rail portions to them and players must time there jumps as they jump from one pipe to another, During these portions of the game I found myself wanting more sections like this in the game, It’s a nice little addition to each level

The soundtrack for the game is appealing and does a great job setting the vibe for each level, the music differentiates between levels and makes the levels more appealing.

Besides the sound effects for attacks and other environment interact there’s absolutely no dialogue throughout the game, instead we hear gibberish lingo that reminds me of the Sims whenever you talk to NPCs, this really bugged me as I played through the game.

The Last Tinker: City of Colors is a visually appealing game which surprisingly has minor flaws for a small production game, its safe and charming which should please all causal gamers especially fans of the genre. How every the gameplay is not completely sound and needs some work