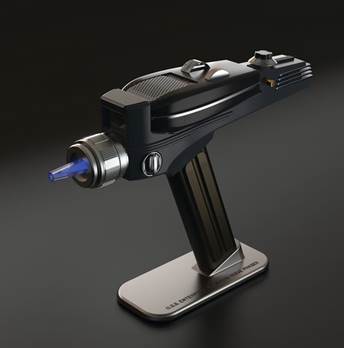 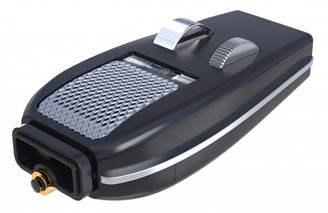 ThinkGeek is proud to announce the reveal of The Wand Company’s latest Universal Remote Control – a  Star Trek: The Original Series Phaser Universal Remote Control.  This exceptionally accurate and highly detailed working replica will be revealed at San Diego Comic Con on July 23 and can be experienced first-hand at ThinkGeek’s booth (#3849). 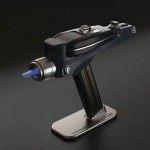 “The Star Trek Phaser is one of the most iconic pieces of sci-fi gadgetry,” said Chris Barnardo from The Wand Company, “We’ve spent hundreds of hours creating a collectable prop replica gadget that will bring new levels of action and enjoyment to Star Trek fans as they boldly go on their adventures.”

Seamlessly blending functionality and perfect form, the 1:1 scale Phaser is equipped with 10 authentic phaser firing sounds, tactile force-feedback, a customizable personal lock code, and can store up to 36 remote commands.