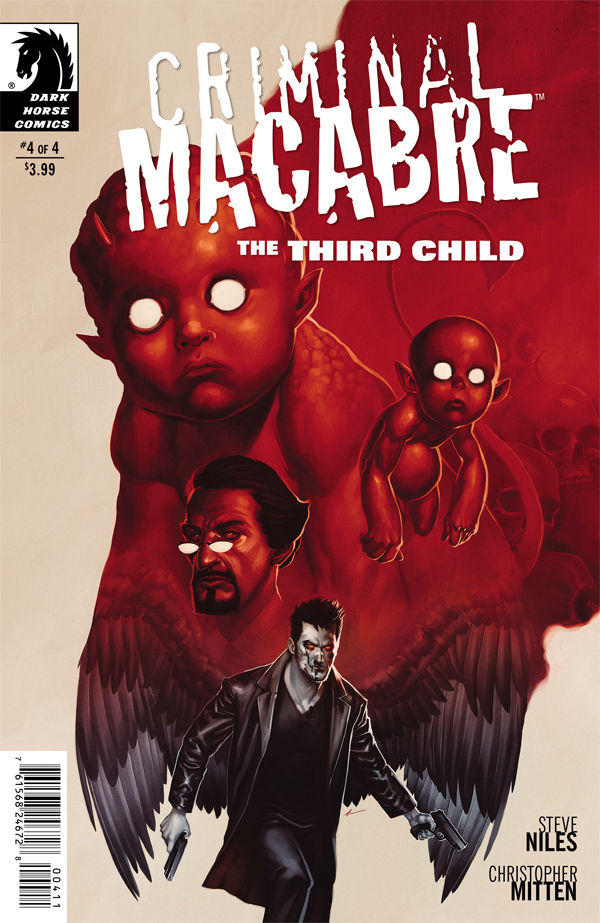 As Hemlock and his two demon Spawn Babies terrorize Los Angeles turning it to a living hell, Cal and the crew finally catch up with Hemlock, Cal tells the others to save the humans and non-humans that need to be protected from Hemlock, Meanwhile Hemlock is enjoying the world being turned upside down and he states that he can feel the three of them getting strong, but to his surprise the two demon babies don’t consider him the Third, they go on to him that he has only proved that he is fool and that he must kill the true third child and that happens to be Cal McDonald.

When Cal and Hemlock square off Cal easily handles him, Hemlock is no match for his strength and power and is taken down by Cal, on his knees and defeated Hemlock is prepared to die by Cal’s hands but Cal reverts to his old wise cracking self and informs Hemlock that he won’t be the one who will finish him instead he has a friend who wants that opportunity, and that friend turns out to be Wheatley who then walks up and shoots Hemlock in the hand finally ending and avenging Doris’s death.

With Hemlock out of the way the demon babies ask Cal to join them and help them turn the world into hell, Cal boldly states that he has no intensions to join them and in fact is going to take them out, the babies then fuse together by one eating the other and they turn into a colossuses size demon, Cal is out matched against the giant Demon, during their fight Cal gets his wings ripped off and looks as if he’s done for but through a burst of anger pops back and sprouts new wings and gets back into the fight, moments later Cal lands one final punch which causes him to blackout.

After his blackout Cal wakes up with Mo’Lock, Wheatley, Cal asks if the demon is dead and they reassure him that it is, he also seems surprised and happy to see that he is no longer a Ghoul. The issue ends with the group saying there good byes and Cal going to a bar for drinks and begins to reminisce on his experience as a ghoul, in the last to panels we see that Cal still has his wings and red eyes.

I’ve always been a fan of Steve Niles work on Criminal Macabre, he balances the comedic, horror and action wonderfully without killing the main story something not all writers can pull off.

Conclusion: CRIMINAL MACABRE: THE THIRD CHILD #4 is a solid final issue, there are some parts that seemed unfulfilling besides that The Third Child as a whole was great arc and a must pick up for fans.