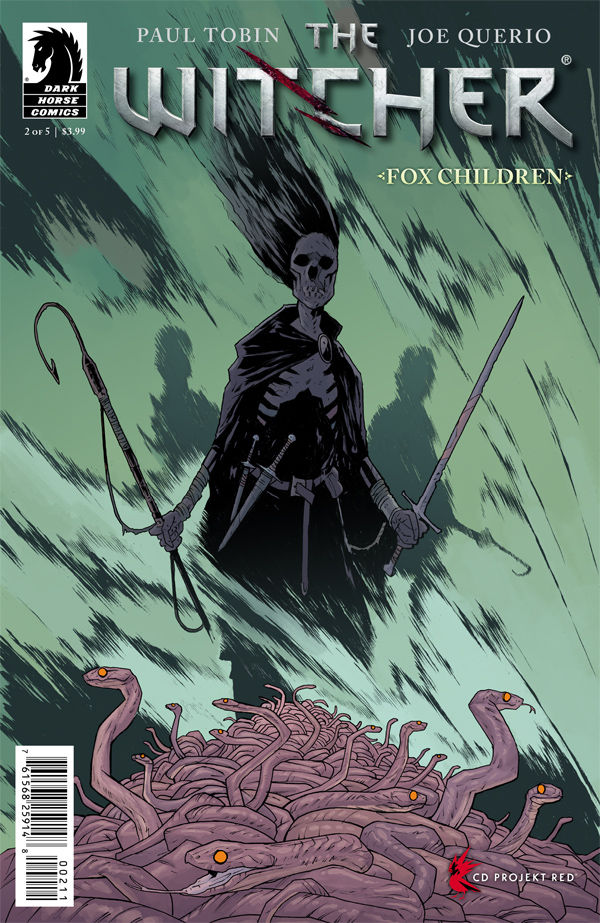 With the young Vulpess child dead Geralt and company try to figure out what to do, and along the way they run into a storm which capsizes and couple crewmen, when the storm passes the find themselves heading towards a dangerous swamp isles, Javil Fysh and Boxcray get in a verbal shouting match over navigation, meanwhile a mysterious Red haired woman watches from the trees and catches Geralts eye, he tells Boxcray and the others that the Vulpess has caught up to them.

A panic spreads among the crew as they pass through a bank that is covered by snakes, but Geralt informs them that most of the snakes are an illusion caused by the Vulpess, one the crewman makes a mistake and assumes one of the snakes on the ship is fake and gets fatally bitten, Geralt tells them that the vulpess have power to cause illusions, so they should be careful at what they see, once again the Vulpess appears but this time she is staring at Janessa, moments later a maelstrom starts and cause the ship to once again change course.

When finally pass the maelstrom they find themselves at a foggy bank side, inside the fog are undead warriors who attack them, confuse whether or not the undead warriors are real they attack for their own survival, after Geralt disposes of the undead and they continue on foot through the swamp and trees, when they double back to where the ship is they find out that it’s no longer there and Geralt question if whats going is either really or caused by the vulpess.

Final Thoughts: Fox Children #2 is a much better issue, in that it has better dialog and more meaningful, for example when the ship gets side tracked an argument between Javil and Boxcray  displays the tension and fear of the situation they are in, the art work also does great job illustrating that too. Overall The Witcher: Fox Children has made a turn for the better with lots of action, it looks as if things are starting to pick up in the upcoming issues.