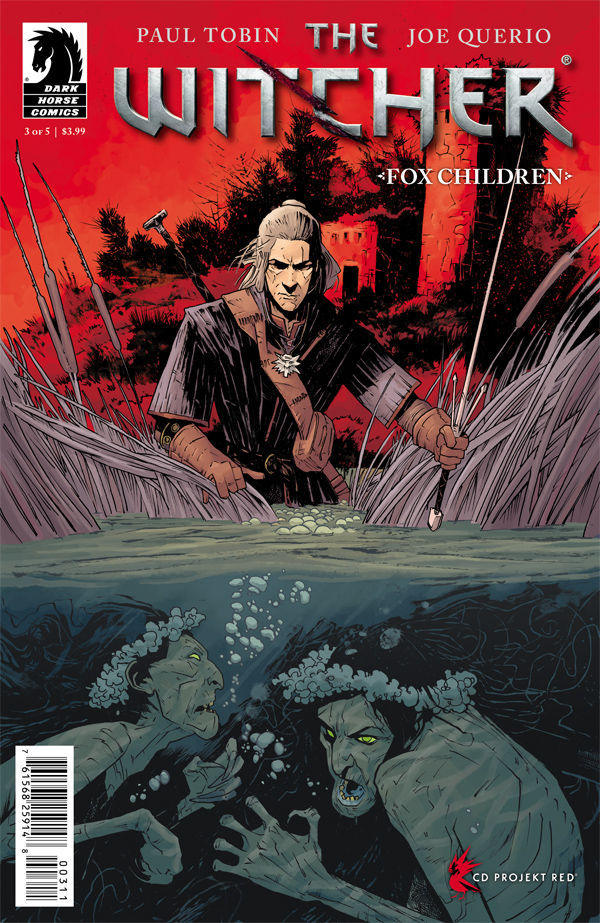 After being ship wrecked Geralt and company try and safely avoid the dangers of the island, and for the first half the issue until they come across some unguarded treasure, the men greedily run for it without caution and end up falling prey to Swamp Hags who attack them and drag them under water, Geralt and the others comment on how foolish the men were and they continue on, In the Shadows we see the Vulpess looking on.

Geralt and the others come across a Ta Prohm that causes Geralt’s necklace to react, when they open the doors the encounter sprits who tell them to leave and turn around for their own safety, When they reached the other side of the Ta Prohm the men start to express their fears and don’t want to continue but Geralt convinces them to keep moving, when they come across another swamp area the men spot more of the Hags and once again they jump into the water for the treasure, one of the Hags surprises  Janessa and drags her under water. Gerald quickly jumps in and uses his Igni magic on the creature and frees Janessa, during the skirmish Janessa loses her head dress and exposes her ears which are elf like, shocked that her true identity is reveled in front of everyone Janessa tries to cover her ears, Geralt informs her that he knew she was an elf when he first met her, when they reach the end of woods they are shocked to find that the ship is perfectly intact given the impression that everything that has happen has been an illusion by the Vulpess, As they board the ship Geralt’s medallion actives again and Geralt notices the Vulpess looking at them, the issue ends with Geralt pleading with the creature to leave them be as they begin to leave the island

Final Thoughts: Once again another solid issue from Paul Torbin and Joe Querio, Throughout the entire of this issue we see Geralt expressing his distaste for Javul Fysh and band of criminals even going as far as not helping when they are attacked by the Hags, but for the most part we get more insight of the powers of a Vulpess and why there consider to be so dangerous