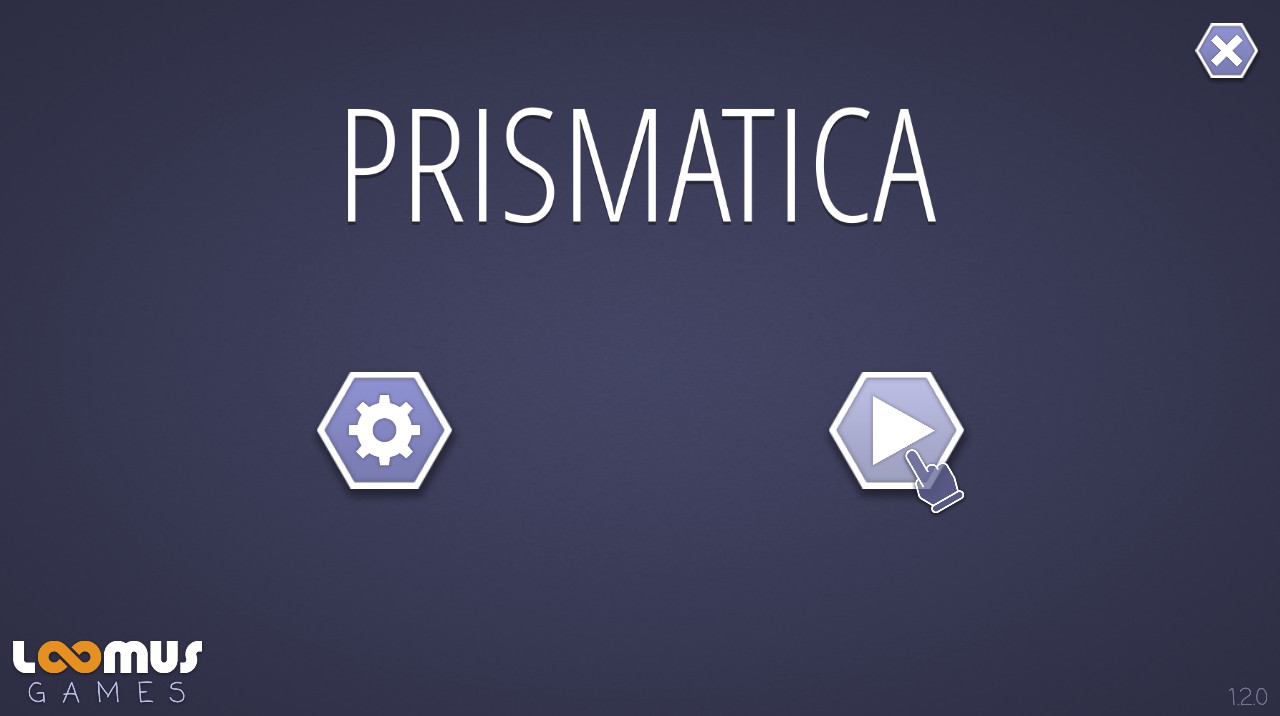 Prismatica is casual puzzle game from Loomus Games, inspired by games like think Rubik’s Cube and Dodecahedrons. Because Prismatica is a straight forward game this review will no depth to it for the simple fact it’s so straight forward, the controls are simple beginners and veteran puzzle gamers should catch on very quickly. What Prismatica has going for it is that it’s visually deceiving when player reach the later levels.

The more you advance the puzzles get harder and more challenging, each puzzle is labeled under a roman numeral 1-4 with each level having 12 puzzles a piece, layouts randomly scramble before you start but not before giving you a glimpse of what the puzzle should look like when solved you have to twist and turn to align each color similar to that of an Rubik’s Cube, when a players solve at least half of the puzzles in each numeral the next level is unlocked,

So if players wanted to they can jump straight to the hardest puzzles and try them out, but be warned it gets extremely difficult so be prepared to stare at your screen aimlessly on some layouts. As complex some of the puzzle layouts may look, if the player works out the basic logic then it makes the game less challenging.

Prismatica is one of those games players can get lost in once you start rolling, again it’s a casually game so if you need to kill sometime then this game is perfect, so casual mobile gamers will love this game.