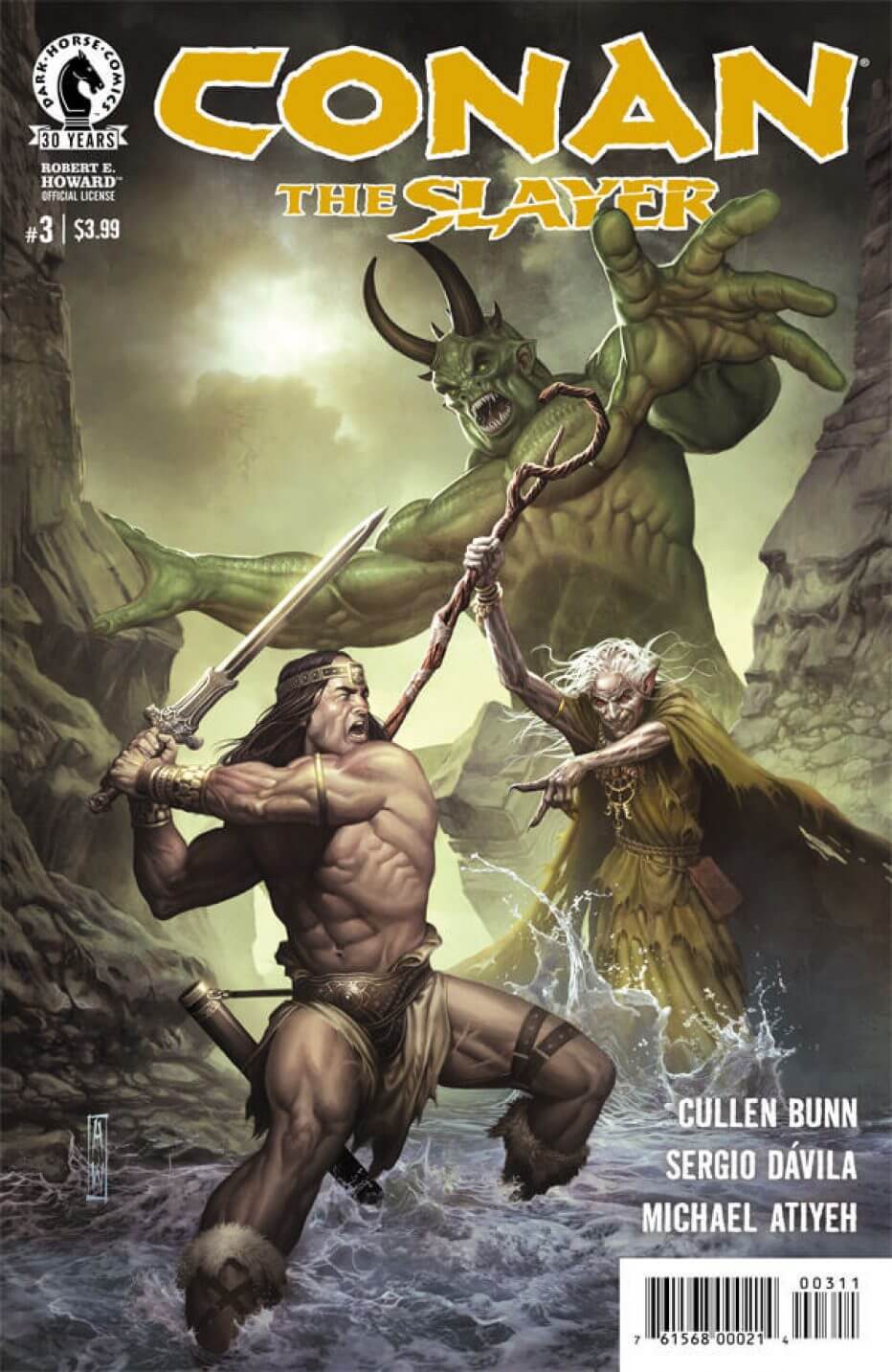 Lies, Betrayal and treachery are the focal points in this issue, throw in a little death and you got yourself a classic Conan arc. The being of the issue the Lord of Kharwarism, Jehungir and an unknown sorcerer discuss the loss of his men, because of lies a lot of them have been either killed or missing and the suspects for this confusion are the Kozaks, because of Kyrylo’s obsession of becoming King he’s made moves that has put a target on the Kozak Tribe and now it looks as if Jehungir will attacking them soon.

We last seen Conan and company being attack by Trolls with no conclusion, it turns out the trolls had gotten the best of them and has taken them hostage. Conan meets a troll woman and in typical Conan fashion displays his crudeness towards her, she offers Conan his freedom but only if he becomes her mate, once again Conan refuses and the queen shoves a fish like object in his mouth which causes him to see the troll woman in a human form, at first he thought it was some kind of trickery but in actuality this is her true form.

Meanwhile Oksana, Taraslan and a Turan soldier are also having trouble figuring out what exactly are the trolls, each of them see something different, Oksana and Taraslan see sea like creatures while the Turan soldier sees demon hellspawns. A turning point in the issue is when the three of them talk about history between the neighboring tribes and the soldiers of Turan, its soon reveal to Taraslan and Osksana that Kyrylo is behind the attack.

Action picks up when Conan escapes from the woman and informs the others that their capturers aren’t trolls, sea monsters or better yet demons, in reality they are humans and their leader is a sorceress. A comedic moment happens when Conan and company leave the wounded Turan soldier behind for the sorceress.

The issue ends with Kyrylo pouring a salty like substance in to his  cup of tea and then walking it to his father as he sits.

Conclusion:  It looks as if we had hit the mid point of this arc and if I were to give this arc a rating it would be average at best, the reason being the pacing is extremely fast for my liken. But it does have its strong points, like the conflict between Kyrylo and Taraslan.