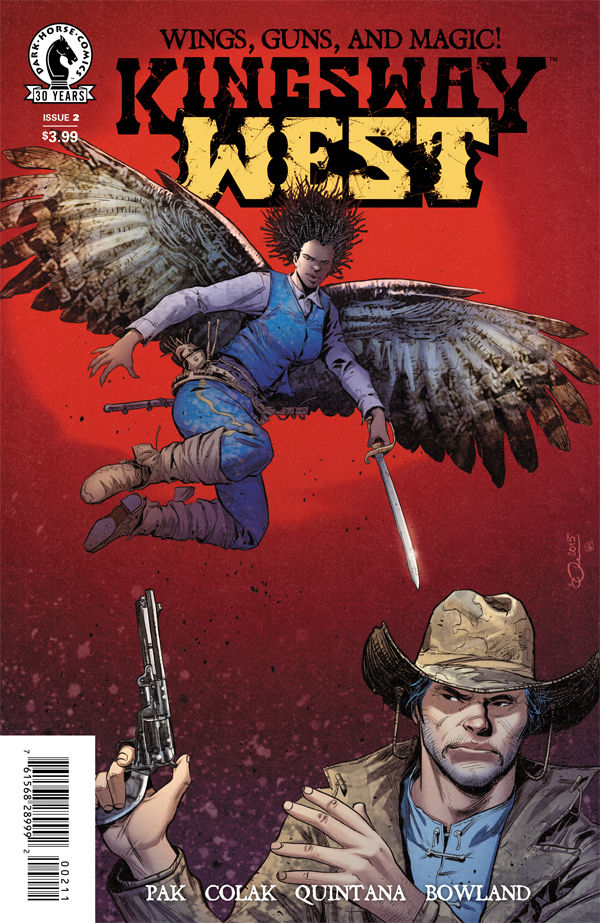 Toy run into some trouble with local soldiers, we also get a glimpse of the main antagonist’s and their plans for the future.

Early on in the issue we get a flashback of Kingsway and Sonia telling each other stories of their experiences of war, with promise of a new future the two of them agree to leave their past behind them and look towards a new life together. Back in the present Kingsway saves Ah Toy from the soldiers that attack her and again she asks him to come defend his people, but Kingsway again shoots the offer down telling Ah Toy that the people he saved also turned on him for the Queens reward.

The issue takes an interesting turn when the two men we seen at the end of the first issue, who are now identify as Dr. Uhrmacher and Strode meet up with the woman with angel wings. We find out the Red Gold can give abilities, mutations and even bring back the dead. Clearly Red Gold is a precious commodity in the world of Kingsway and there’s many that would kill for it.

Conclusion:  While the story opened up a little bit more there are still a lot of question that will hopefully be answered, as of right now we only know the past of Kingsway and that Red Gold is powerful and hard to find. I find myself more interested in the antagonist then in Kingsway, again maybe that will change in future issues so I’ll wait until then.