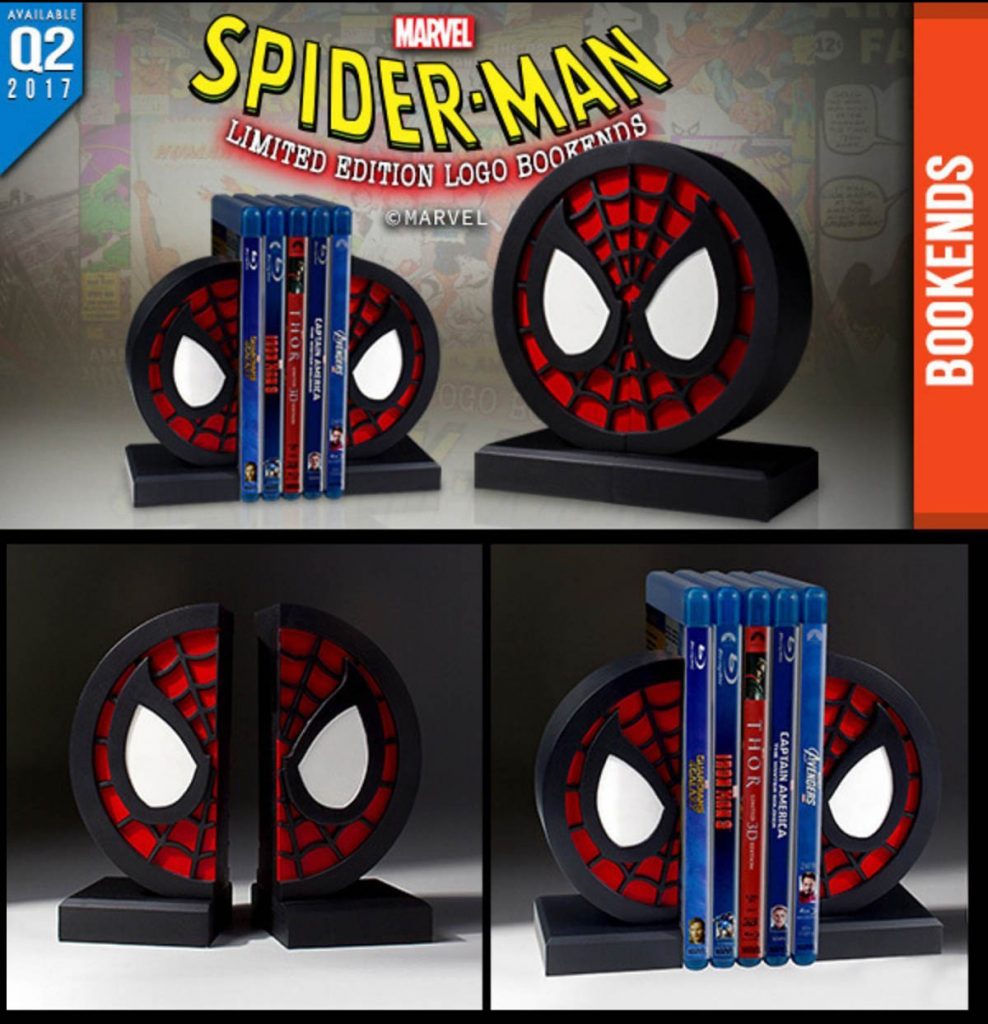 Thwip! You don’t need web shooters to hold your books upright when you have the snazzy new Spider-Man Logo for this dramatic and functional addition to your shelves, the Spider-Man logo bookends run the risk of overshadowing the books that they are supporting!

Crafted by Gentle Giant LTD the hand painted Spider-Man logo bookends are manufactured using high quality polystone and are felt-lined to grip and keep your books in pristine condition. They are perfect for holding comics, graphic novels, books, DVD’s and video games or for simply displaying them together as the iconic Spidey logo! make mine Marvel! 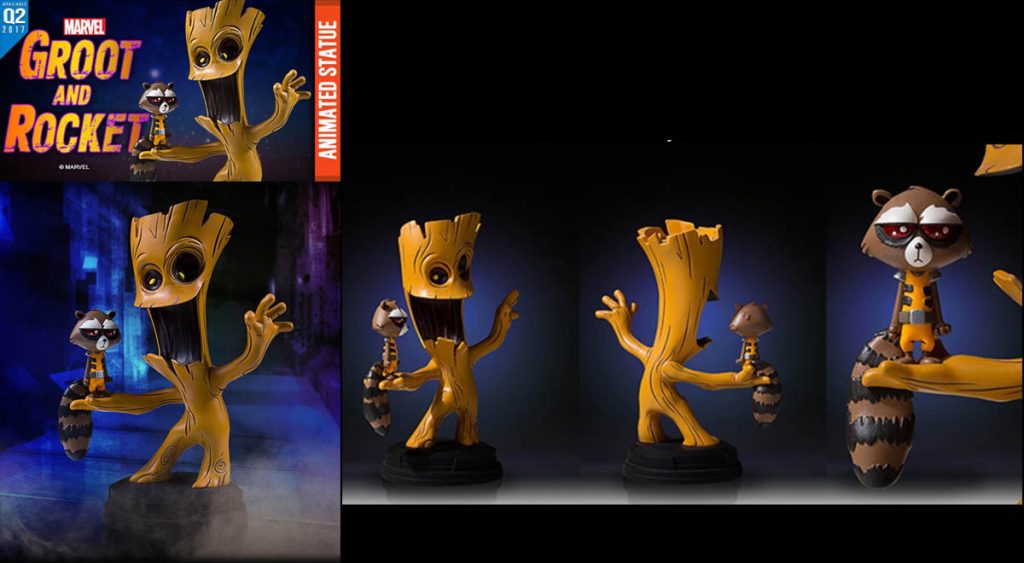 Some things in the Universe just belong together: peanut butter and jelly, biscuits and gravy and Rocket and Groot! The Marvel Universe’s favorite dynamic duo come to life in a most animated way with the new Groot and Rocket animated Star-Lord statue, Groot and Rocket continue to cross the cosmos as vital and inseparable members of Peter Quill’s Guardians of the Galaxy team.

The world’s favorite talking tree and sarcastic space raccoon are together in this delightfully fun 2-for-1 addition to your Marvel Animated Statue line from Gentle Giant LTD.

The Groot and Rocket animated was digitally sculpted and carefully printed on state of the art 3D printers. The high-resolution prints were then used in the creation of prototypes needed to produce this animated collectible. Each animated statue is hand-cast, hand-painted, and hand-numbered with a limited edition certificated of authenticity. Make mine Marvel! 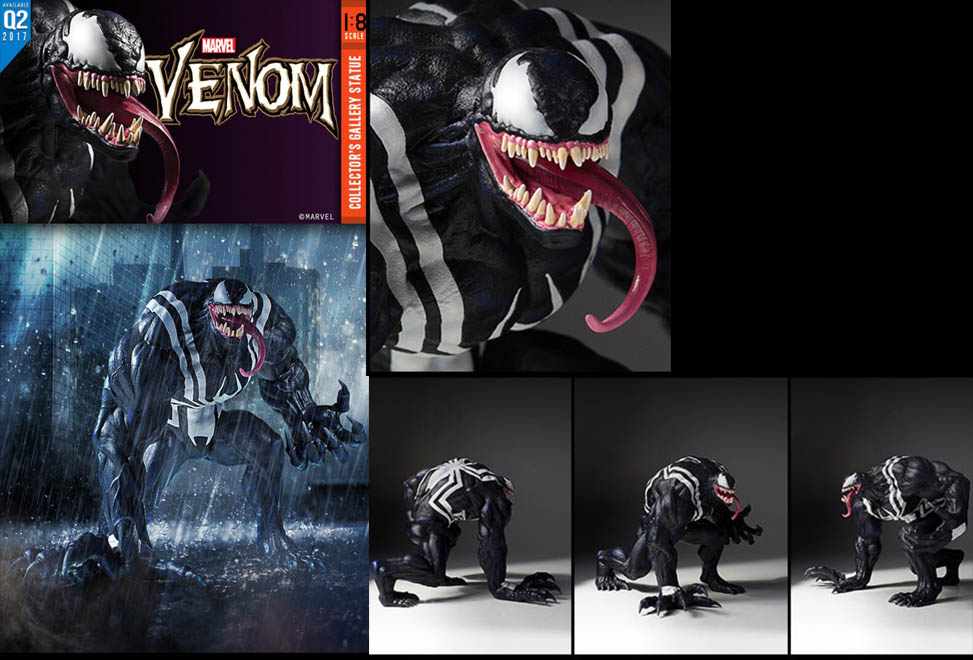 Sometimes a villain, sometimes an antihero, the alien Symbiote know as Venom strikes fear into the hearts of the Marvel Universe! When he is a villain, the hulking brute that is Venom is one of the deadliest foes of Spider-Man. With his origins in the original Marvel Secret Wars and his first appearance in Amazing Spider-Man #300, Venom has been a thorn in the side of your friendly neighborhood Spider-Man for almost three decades!

The Venom Collector’s Gallery Statue has been digitally sculpted, and hand-painted by the amazing artisans of Gentle Giant Studios. This 1:8 scale statue of Venom features a lot of teeth, a lot of tongue and a lot of terror that he will bring to your collection! 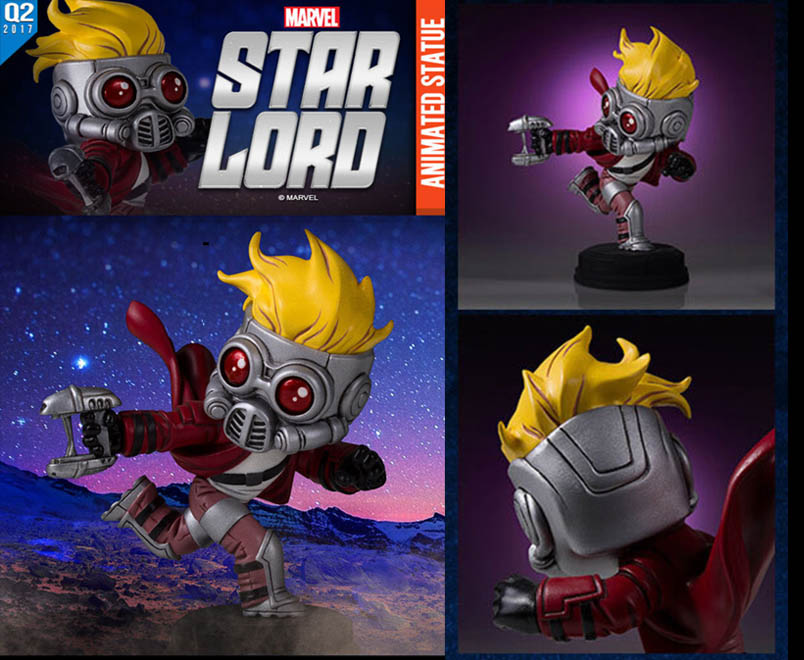 Born on Earth to an Earthling mother and alien father, Peter Quill quickly found his way to the stars, surviving among the space pirates known as Ravagers. Peter’s adventures have taken him from one end of the galaxy to the next. He has encountered thousands of alien life forms from hundreds of worlds, and continues to protect them all as one of the Guardians of the Galaxy! The Animated Star-Lord Statue was digitally sculpted, and then 3D printed on state of the art 3D Systems printers. The high-resolution prints were then used in the creation of prototypes needed to produce this animated collectible. Each animated statue is hand-cast, hand-painted, and hand-numbered with a limited edition certificate of authenticity. Make Mine Marvel!

for more info check out www.gentlegiantltd.com and www.3dsystems.com