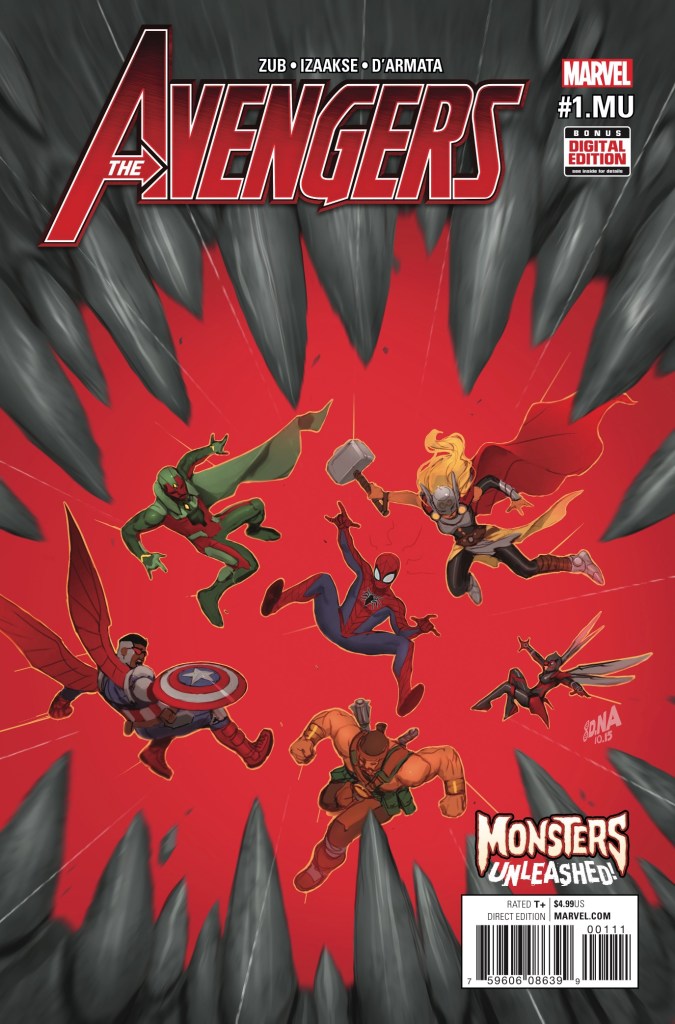 In the past runs that feature the more popular have more interesting stories in my opinion, and Avengers Monsters unleashed appears to be in the same category.

be taken seriously, now I’m not saying the team it’s self is not filled with star power like the original team was, but it does feature characters’ that aren’t house hold names.
Everything seems to be normal for the Avengers in fact alittle to normal in the begin of the issue, with nothing more than street level bank robbers the team of Wasp (Nadia Pym), Thor (Jane Foster), Captain America (Sam Wilson), Vision, Spider-Man (Peter Parker), and Hercules finds themselves bored, so when Spider-man is given a tip of criminal activity in Boston, they jump on it quickly despite the lack of danger it presents to the world. Most of the comedic comes from Spider-Man usual sarcasm, the issue picks up when the team runs into The Controller, he was the man behind the criminal activity in Boston.

After taking out the Controller the Avengers are hit with a series of attacks form Leviathons, the danger has jump from a 1 to 10 when vision informs them that similar attacks are happening in Los Angeles, London, Venice, Wakanda and more.

Conclusion: This was clear a setup chapter of whats to come in future issues, because of that not much was revealed, I found it a bit simplistic like most setup issues are. But that’s not saying it’s bad, just a straightforward “this is what’s going on right now” issue. The dialog between the Avengers is noteworthy, especially times when Peter Parker is trying to act as the group’s leader and Sam reminding him he’s not. As a Tie in arc Avengers Monsters Unleashed has some potential and because of that I’ll have my eye out on this Jim Zub Run.