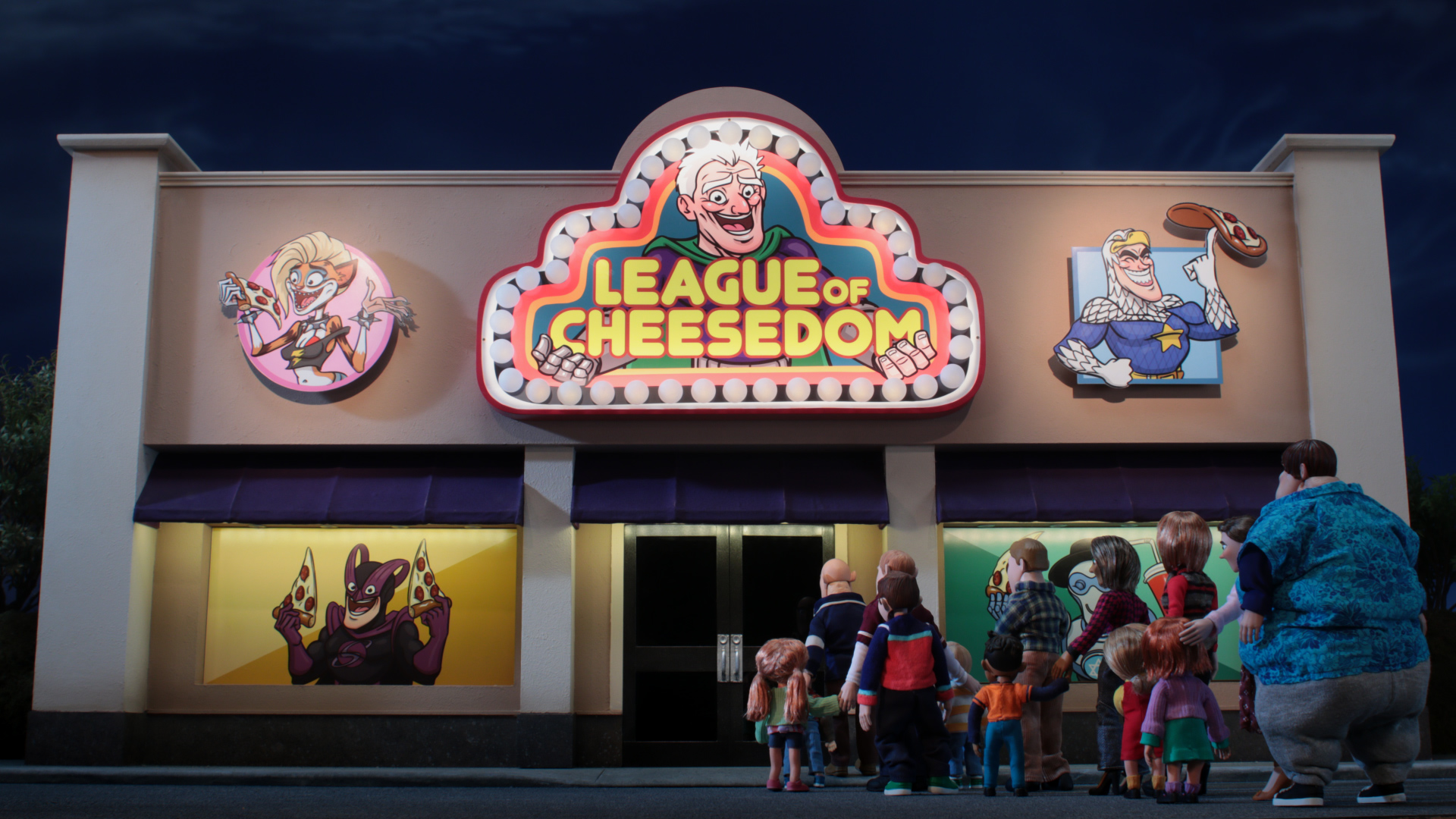 In the ongoing battle to redeem the league in the eyes of the public we see Rex and Portia take some drastic moves to appeal to a wider audience and monetize their celebrity status. But what would you expect from the endless spending from The League of Freedom when you combine it with a media tycoon like Portia? Sadly the events that follow take a sharp dive in classic SuperMansion form, but at least there are some silver linings. 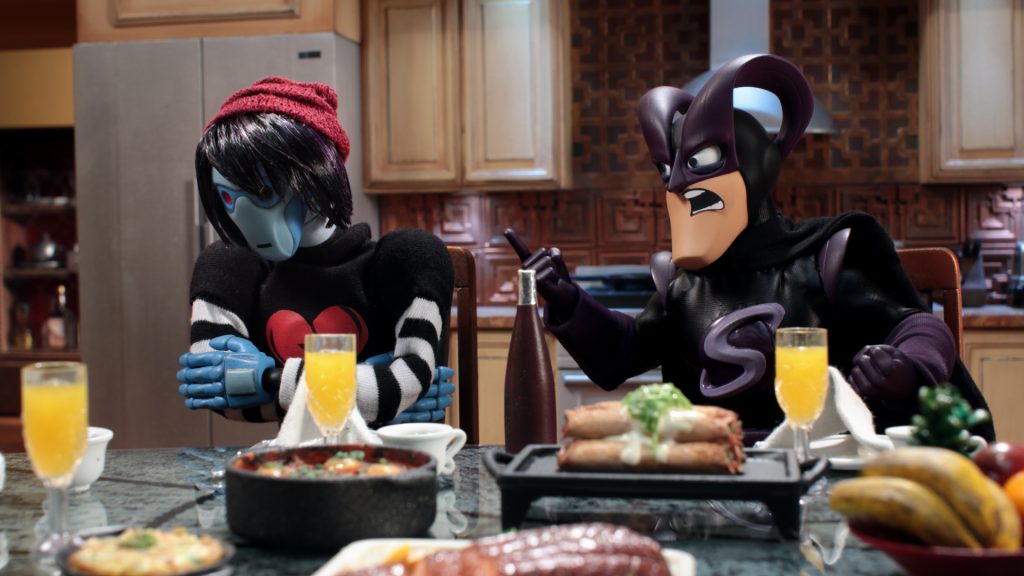 The League of Cheesedom brings about a long arc for the episode using Rex and Portia, what it also does is introduce an origins story for Jewbot. While there have been many teasers about their origin and mechanics there was never anything terribly in-depth until now. From the start it seems the curious and pacifist minded Jewbot always held a reputation as being an anomaly, as our bot learns of their unwanted origins they take an emo turn for the episode until they stumble across some unique relatives. 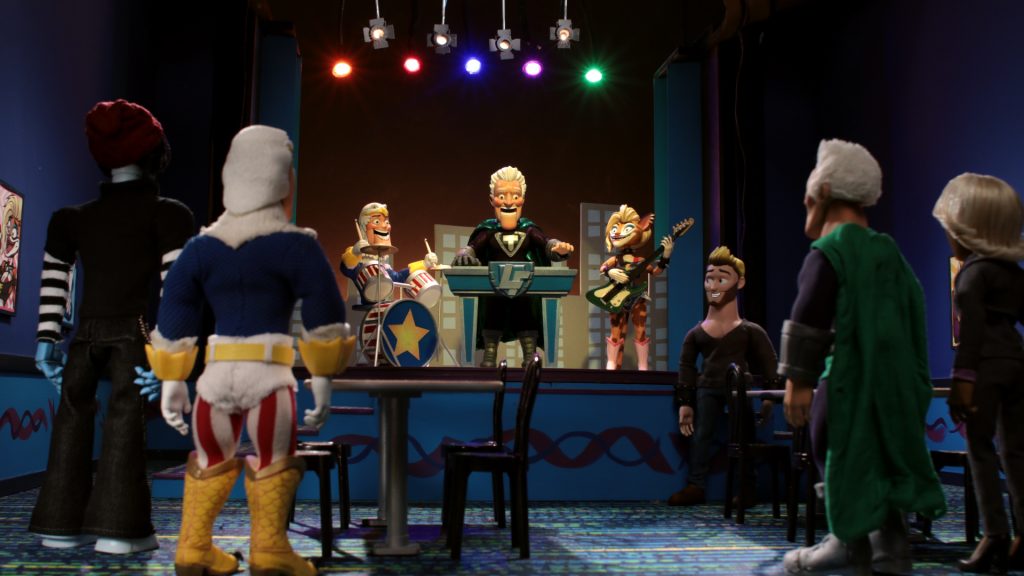 The episode is part of a string of missteps and failures for The League of Freedom in establishing new trust and confidence with the public. They’re so thirsty for a break they’re often diving head first into anything they can get and having Portia on their side means everything gets thrown against the wall until it sticks. While that section was entertaining in itself, seeing Jewbot turn emo and struggle with a Five Nights at Freddy’s crew that plays Nine Inch Nails inspired tracks and wants nothing but death was pretty rewarding.

As a whole The League of Cheesedom was a consistent episode for season 2 that delivered on all fronts without jumping too far off the scales. Having Jewbot get some extra closure was a nice moment that also carried a few nice twists and put a nice bow on his messed up life story.