Fanboys or Gamers: Can you tell the difference now days? 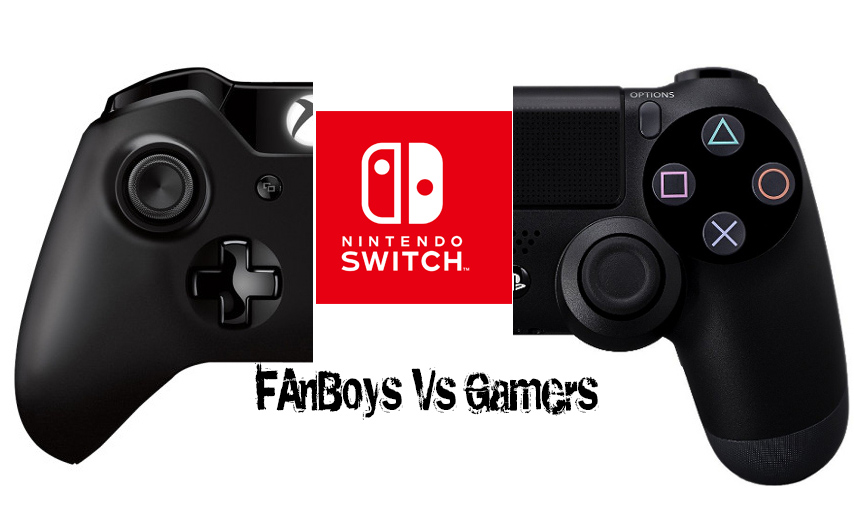 Fanboys or Gamers: Can you tell the difference now days?

Are gamers today fanboys or are they the gamers they claim to be? It’s a question I find myself falling back on as I read the latest reviews on Nintendo’s Zelda of the Wild for the Switch and Wii U. Every gaming journalist rated the game a 10/10, some are calling it the greatest game ever, ladies and gentleman that is bold statement to just throw down. I’ve been gaming for a long-time, playing games on many platforms and yet I’ve never played a game that I can consider perfect. When I see some reviews just throwing out very bold claims, it really makes me scratch my head, so many leading reviews came off as fanboy expression channeled into an objective statement, not as a formal evaluation as they might claim to deliver.

As the circle, will undoubtedly come back to me, I’m not a journalist nor do I claim to be, I’m just a normal guy who enjoys gaming who notices a trend of fanboyism going on in the gaming community about this game. Having a site claim the game is a “open-world perfection” is extreme, it’s almost tailored for a commercial, ad placement or box quote on a GOTY release. I do believe everyone has a right to their opinion and to that author in their personal opinion the games open-world elements are perfect but it’s the medium it’s being announced from that becomes problematic.  Usage of terms that claim a product displays no flaw whatsoever are questionable for me and I found reviewers acted too quick to throw around such strong claims anytime a remotely good game hits the shelves.

That’s the fuel to the topic at hand, are fanboys or Gamers different? For me the answer is no. Growing up, people around me who were gamers flocked to the system that had their genre of games whether it be, RPG, Action-Adventure, FPS, open-World, etc. Each platform had something to offer a unique demographic even if it wasn’t the best execution, some things were just favorites as people bonded well with the characters or mechanics. Now it’s about specific games and the console, not the genre. A great example of that is Battlefield and Call of Duty going to war every year, the trolling and hate amongst the fans is ridiculous, it’s very seldom you see someone giving both games fair credit. Instead you see the typical flame wars of spam on your popular YouTube or gaming site, it’s not just the gamers who do it but also some gaming sites, whether it be through nitpicking or comparing it to game in a different genre, the shade is all the same.

Getting back to Zelda’s Breath of the Wild’s perfect rating, is the game worthy of the perfect scores it has landed? That’s for the gamer who’s playing it to decide, I take issue and feel compelled to speak when I see a strange cycle of editorial that mirrors or mimics the general sentiments about a title regardless of the medium, from formal sites to pundits on youtube channels somehow all singing the same praises at the same time.

I guess this begs the question, is Zelda really that good? The answer is Yes & No, while game does have its strengths, the gameplay and its unique puzzles are just some of the minor things good about this game. Believe me there’s more, but what keeps it from being a 10 is that it’s not really innovative, I’m speaking strictly to the genre its playing to, the open world. Zelda doesn’t bring anything different which other great open-world games of the past did, it does execute certain elements better than others of its genre predecessors, but is that enough to label it the greatest game ever? No, its not, there are reasons such claims and terms are reserved for groundbreaking games that create new paths versus just executing established formulas well.