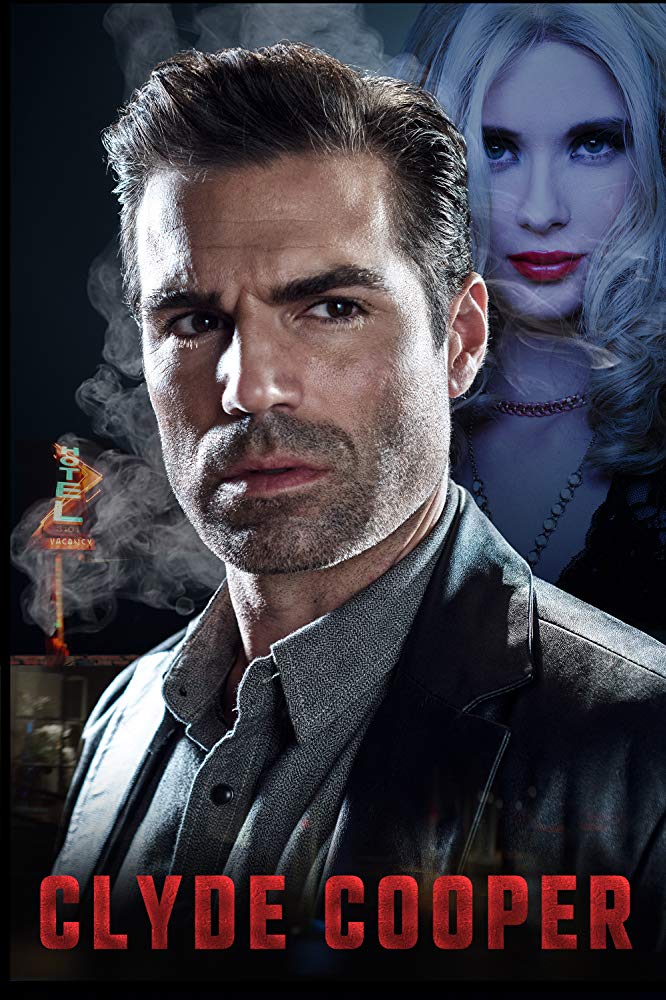 Throwback films to the old detective noir era are always interesting, mixing what was essentially a simpler era with modern technology while still trying to have the same atmosphere. Clyde Cooper is the latest film to take on this tricky formula, putting itself in the near future and pitting a gumshoe detective against untraceable figures and mob-style opposition. We see Clyde hit the ground running with a classic case, trying to trace some steps on a basic missing person and finding himself tumbling down a rabbit hole of trouble.

For all it’s challenges Clyde Cooper delivers a simple and effective storyline with enough twists to keep it going. Just when one angle seems more or less the case, another clue drops, Clyde gets a new idea and the movie rolls with it. The device is active just enough for the film to not seem overly repetitive. As it does pay homage to this detective era, there’s flirtation, smooth talking, and general suave attitudes for all. For those unfamiliar, it might not have the fastest pacing but it is about the way it goes, dramatic moment, sudden interference or obstruction and try to find the trail again.

Jordi Vilasuso does his best to play it cool and calm, often throwing in pickup lines casually and playing them off innocently. While the smooth voice is an interesting change, it never really deviates in emotion, it’s awkward for the character as it robs it of some depth as everything is just constantly okay. Outside of the suave design of Clyde, there’s pretty much the vaping which replaces nervous cigarettes or cigars while they think and drink on the case. There’s almost too much mystery as to why he’s that calm in any situation. A troubled breath, hint of deeper fury would have gone further to develop Clyde more.

That said, overall Jordi and the cast do well with the film and at least keep a consistent bar, it’s a weird case, to say the least. For a detective that seems to like to keep it as simple as they can, it just pushes them well out of comfort. At just over an hour the film is pressed for storytelling but the cast gets through it without a hitch while also staying close to form as a classical mystery.

In the technical realm, the film plays out well, the depth of field creates a more immersive effect and the use of multiple camera angles helps give a fuller presentation vs a single camera setup. The audio mastering in public scenes has nice value with depth and atmosphere, letting the sound team enhance key moments with simple and eerie tones just at the right time. Lighting allows play between key characters, moments, and the background characters so nothing just goes into obscurity.

Detective stories are a challenge, reproducing those moments of the era with new technology available really makes for a troubling case. A detective doesn’t have to just go head to head with everyone on their suspect list necessarily and guessing games about prints or DNA are less likely to happen with accurate tools out there. Still, Clyde Cooper works to minimize the reliance on pure technology and goes back to snooping, rough Q&A, and having bad guys get lucky with the drop on him. For fans of tributes to the era, it’s a fun way to pass some time while still offering some fresh takes.