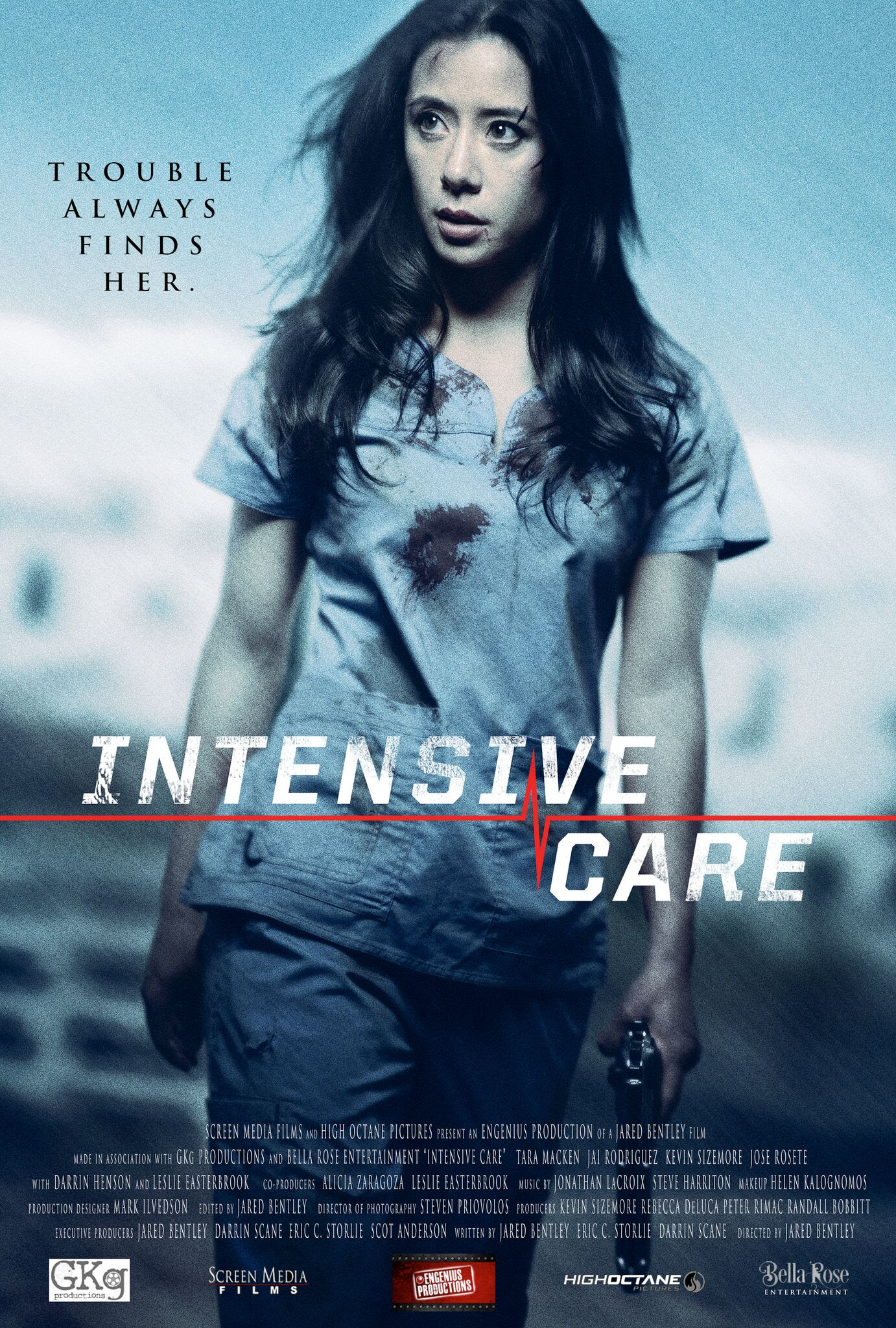 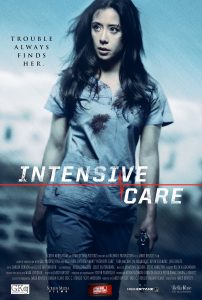 Retirement is hard on anyone, when special forces operative Alex decides to take a step back from the intense life of the battlefield it’s a simpler life caring for the elderly in the nursing field until one-day, things take a hard turn.

Intensive Care puts Alex our central character into the life of an in-house nurse for a slowly dying elderly woman. One day things change-up from the usual routine as Danny, a seemingly entitled and broke grandson appears into the fray hoping to check on their health and see how close they might be to shoving their way in for a chunk of the wealth. While past nurses may have fallen under his charm, Alex is an entirely different cut of cloth but it’s not something she tends to flaunt around.

It’s a tale as old as time, a bratty relative comes back into the fray, expects the world to fall at their feet when that fails they orchestrate a hostile plan of action. Okay nevermind, that’s pretty exclusive to this situation specifically, Danny has a hard time taking no for an answer and that leads to some very foul play all around. Thankfully this mashup of nursing and special ops play comes together well as the film teases skill sets and bits of action to build up Alex leading up to the conflict. Instead of rushing to scene after scene of action, it’s paced with reasonable breaks and development.

Some films can’t really set up a strong narrative with choreography to develop the experience, we see Intensive Care actually balance that workload, giving time to fight scenes without feeling generic and bland or relying on rough prop execution to oversell a moment. Given the nature of Alex, it’s natural that she’s going to essentially play with her prey a bit and in a single moment, end the entire fight in a swift stroke which fits the execution.

The general camera work is clean, the camera motion is kept to a minimum, lighting feels organic and even in the transition from day to evening, there’s an attention to detail to keep a consistent presentation without overdoing it. Fight scenes have a smooth transition to showcase the action and tension in the room, not falling flat to a single position and angle that keeps the immersion running.  The team does good work to keep the momentum with a modern pacing, not attempting to get absorbed into too many motion effects or complex moments. The bathroom scene is actually a solid representation of that in the movie.

Audio and soundtrack play a vital role, selling action moments as glass breaks, heavy objects clash and tense moments between criminals and Alex build. There’s a nice presentation of ambiance to the household as voices don’t completely sound like they’ve been handled in post-production sitting in a studio lacking any atmosphere or reverb from the room. There’s warmth, echo and a genuine appeal as the sound develops from room to room with variations in-depth throughout.

Overall, Intensive Care is a fun action film, running just over an hour with a good base premise to grab viewers and solid action moments to bring entertainment. Tara Macken does a great job holding up the film as the lead and bringing the fight scenes to life, lending experience and enthusiasm to help create tense moments without feeling stiff and bringing emotion to the moment throughout. The cast and crew round out the film with a higher production value on the film while still having moments to play with the audience here and there.