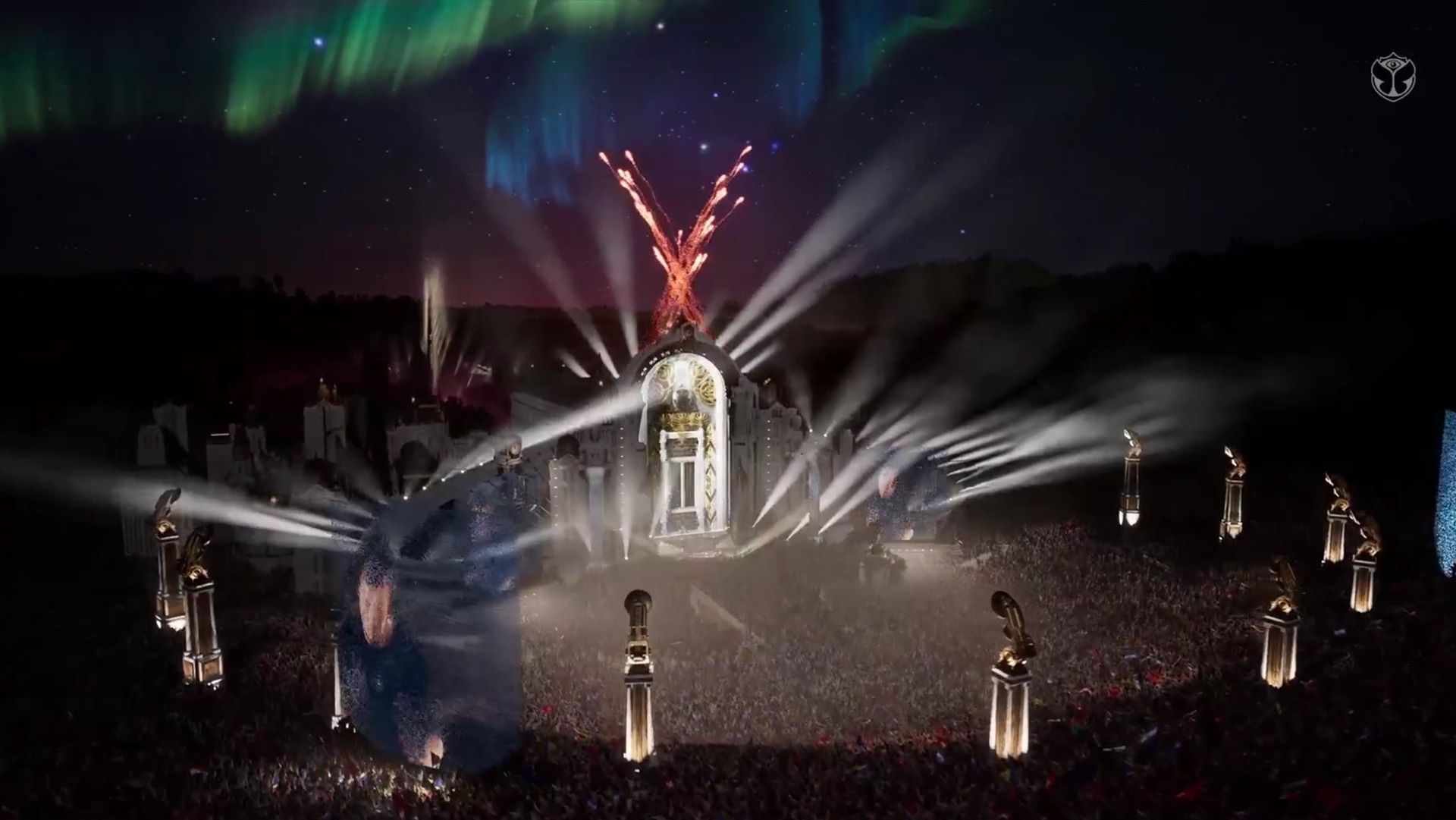 As venues and companies attempt to adapt to a changing landscape for 2020, Tomorrowland proceeded with an online venture of their own. Bringing the festival experience and scene to the masses in a global simulcast called Around the World. A multi-stage event offering virtual displays in true Tomorrowland fashion, full of intense lights, dramatic scenes and high end visual experiences to match the level of the artists present. Each stage reflected a unique personality from the main stage night and day sets to the Freedom Stage, Cave, Elixir and more.

Does it work though? As someone who has loved watching the venue since about 2012, I can say it felt genuinely unique to have it in real-time (the stages and sets are recorded and rendered obviously) and be able to switch between stages. Not feeling the main stage? Jump from that artist and see some Yves V for a bit and hop back later to catch someone else if you feel like it or just change up the pace and try some new acts. The play on the audio sound created a great atmospheric effect, it wasn’t just listening to One World Radio, it had additional depth and ambiance. Visually did the crowds work with the lighting and camera work? Yes, you’re not zoomed in on random people constantly but there’s a solid effort to create engagement with cheers, pacing to the beat, and lots of lights where people don’t kill their phone battery swaying their flashlight to deep tracks. If you strayed from the main stage the environments took on a life of their own, offering 8 total stages to pick from and a wide range of music to meet the mood or taste of most electronic music fans.

The music itself was stunning from the array of artists they were able to bring together for this adventure into the unknown, top names put together power sets bringing the energy up and balancing it out, engaging with fans on where the speed of the set was going and keeping their own energy up to motivate viewers. Artists like Armin Van Buuren, Dimitri Vegas and Like Mike, Afrojack, Nervo, Robin Schulz, Claptone, and more brought their catalogs and classics out to test new mixes and bring that one off experience to their audiences on Day 1, while some special treats hit like Eric Prydz and his [CELL.] performance and visual show that went above and beyond for engagement while playing a catalog of tracks that captured audiences.

Thank you to everyone who tuned in for the premiere of [CELL.] The feedback has been incredible, we are blown away…❤️ Also thanks to @tomorrowland

Day 2 brought even more power tracks to the mix Don Diablo, Yves V, Laidback Luke, Bassjackers, David Guetta, Martin Garrix, Tiesto, Marlo and so many others laid out their best and put out that energy to pump up viewers give motivational moments and bring this audience together no matter where they resided. Everyone bringing their own twist and engagement to keep the feel going strong. Again, if someone needed a break, with a full range of stages, it was easy to break away and try something new or familiar.

Around the World brought a new opportunity as well, while the show itself was roughly 8 hours each day, The show had 3 broadcast windows for viewing, miss the morning set? Wait until later and catch it again, miss the evening set? You can catch the final showing and see it in the early morning hours and get that whole feel. Not there that weekend? E-Tickets included a Relive opportunity to view it again on a re-run weekend. Perfect for folks like myself who enjoyed the show but really wanted to hit certain sets again to enjoy it one more time.

For $23.30 I can say Tomorrowland Around the World delivered heavy returns on the investment. While it may be a one time event in the festival history, I can say they could certainly use this as a framework for future events. Those who can’t make the trip to France or Belgium to see the show being able to watch and re-watch the sets the same weekend and switch stages would be quite nice. Also if there’s future opportunities to work out a permanent collection for the shows I think that would be a nice memento as well.

I still look forward to being able to make the trek to experience and maybe one day capture Tomorrowland but for now I can say this is one of the best experiences with the show I’ve ever had. With heavy hitting tracks, amazing ambiance from visuals and audio and a great community engaging along with the sets full of energy. I will say this show really did break up flat spot in the current landscape that is 2020, getting away from the sense of just being in a week to week grind and having something unique to appreciate and take me out of that funk into something bright and energetic for a while.

While I often find myself in a lot of the mainstream these acts were my favorite new experiences of the show.

Favorite Stages of the show:

Also I just have to say the Moose Bar was pure just let it all go fun, anytime I needed to step it back the Moose Bar had it locked down with entertaining mixes of all levels.